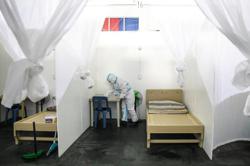 PETALING JAYA: Only one out of five contributors who have withdrawn their money from the Employees Provident Fund to invest in unit trusts have enjoyed better returns than what the retirement fund would have given them.

“Contributors who opt to invest outside of EPF should have financial literacy,” he said at Star Media Group’s PowerTalk: Business Series here on Saturday.

Shahril was responding to a member of the audience who asked whether it would be better for contributors to place all their savings in unit trusts rather than leaving them with EPF.

The 90-minute event drew a full house who listened with rapt attention as the voluble chief executive spoke and fielded questions, especially from concerned retirees.

On another matter, Shahril said 74% of contributors did not have enough to receive a meaningful retirement income when they reached the age of 55.

“This is the amount a person would need to receive a reasonable monthly income upon retirement.”

The low contribution, he said, was a combination of several factors, including low wages.

Shahril also noted that beginning January 2017, retirees could maintain their savings in EPF and continue to receive dividends up to the age of 100 or choose to withdraw them at any time.

The new initiative is part of changes brought about by EPF to members who voluntarily decide to keep their savings.

Asked whether EPF would declare a lower dividend next year, Shahril said: “All global equity markets, including the domestic market, are facing a downturn this time.

“Equity returns will not be at the same level as last year. So, if you look at the contribution of equities, which provided 60% of our income last year, it is now already down to 40%.

“If this continues, our total gross income for 2016 will be less than 2015 and the dividend declared will be lower as well.”

Shahril also said EPF was moving towards “a model of Internet delivery”.

“We have introduced online withdrawals such as for housing, which can be done without contributors having to visit the branches.”

“You do not have to go to our branches anymore.

“The hospitals will process your application and if the illness is covered under the withdrawals, the hospital will verify it and take your thumbprint and conduct all the transfers electronically,” he added. 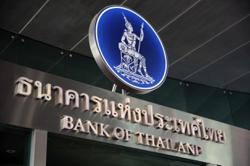