PETALING JAYA: No place in the peninsula has been spared the soaring temperatures; everywhere, people are being forced to change their lifestyle to cope.

Navin said he really felt the brunt of the rising temperatures especially since it had not rained much for over two months there.

The 22-year-old student from Gong Badak said he missed his hometown which was cooler and breezier while Teo, 21, no longer finds it comfortable to stay in her room at her hostel.

“I have been going to the library more often for the air-conditioning there,” she said, adding that she found it more comfortable to complete her assignments there.

To keep cool, she has also been taking more showers.

“This searing heat has not only given me headaches but caused discomfort to my skin,” she said.

Executive Irdina Syamimi Alias, 24, said Kuala Terengganu was so hot that she was having difficulty sleeping as she kept sweating

“I can’t sleep well. So nowadays, I try to wake up earlier to have a long shower,” she said.

Up north in Alor Setar, Muhammad Omar Husaimi, 42, said his children were no longer allowed to play outside.

“It’s too hot outside,” said the father of three who also makes sure his children drink enough water daily and take regular showers.

“I don’t want them to get heat rash because of this weather.”

Cheryl Anne, 38, is also complaining about the soaring temperatures around Ipoh.

“I make sure my children stay indoors as much as possible and stay hydrated at all times,” she said.

Haze our own doing

Minister: Schools to be closed if API over 200 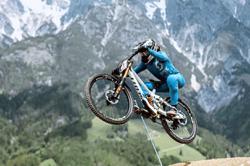