The university has been voted 17th in the world under the 2015 UI-Greenmetric World University Ranking, beating other Malaysian and international universities, including the National University of Singapore and the University of Bath.

UPM has outranked other Malaysian universities for the past six years.

“UPM has made significant improvements, particularly in the sectors of transport and infrastructure, such as the size of available green spaces, in addition to the use of efficient energy-saving facilities and bicycles within the campus area,” she said.

She added that the university organised various eco-friendly and effective learning activities, research, co-curriculum and quality management systems which were based on sustainable and efficient environmental management.

A total of 407 universities from 66 countries were included in the ranking.

The ranking rates a university’s commitment to creating a sustainable campus based on more than 40 indicators covering six major scopes including infrastructure, energy and climate change, waste management, water, transportation and education. 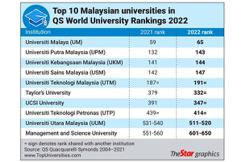 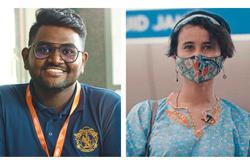