Tun Abdul Razak: Devoted to each other 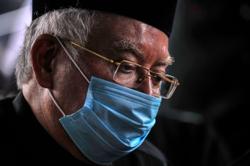 Tun Rahah in the Astro documentary on Tun Razak.

Their time together was over too soon, but it was a marriage grounded in love and admiration.

ALTHOUGH 40 years have passed since his demise, Tun Abdul Razak Hussein’s widow continues to cherish her late husband’s most endearing quality. “He really was a good man. He never raised his voice, even with the hired help,” said Tun Rahah Mohammad Noah in a heartfelt interview with Astro.

Tun Rahah, 83, recalled that she had met Tun Razak just twice before their engagement and marriage in 1952.

She was a noted Johorean beauty, and 10 years younger than Tun Razak. Their love story began when the Pahang-based Tun Razak went all the way to Johor Baru to “spy” on her at school. The colonial government officer asked Tun Rahah’s father Haji Noah’s blessings to woo her soon after.

“He too was quite shy... not like people these days. Wherever he went, he had many escorts,” said Tun Rahah in recollection of their formal courtship.

As the wife to Malaysia’s Bapa Pembangunan (Father of Development), Tun Rahah and her sons had to learn to live with the many demands of his office.

“He was always going here and there – there were always functions to attend at night. He only ate at home once or twice a week,” she said of his busy schedule.

A 1972 photo of the happy couple. — Photo from the book Tun Razak: Profile Of A Patriot by Tan Sri Zainuddin Maidin.

However, they enjoyed only 24 years together, for Tun Rahah was widowed at 43 when Tun Razak passed away in 1976 after a seven-year battle with leukaemia.

He had faced his health problems with stoic determination, so much so that his family did not suspect he was seriously ill. Even to his wife, Tun Razak never appeared anything other than “normal”, as there was nary a complaint about his sickness.

“I saw him taking medicine daily, but he never told me what he was ill with. Only when he played golf and climbed hills, did he feel tired,” said Tun Rahah, who noted the frequent presence of doctors at their family home.

Due to his secrecy, Tun Razak’s family had no cause to be suspicious of some greater affliction, with Tun Rahah only learning of his terminal illness when he was about to leave for London in December 1975 to seek further medical treatment.

“Maybe he was afraid I would be worried,” she said.

When she visited him in London, a shocked Rahah saw that Tun Razak had “shrunk” due to his worsening condition.

“But I am grateful to have been there when he took his last breath ... the children were there too,” she added.

His passing at 53 shocked his loved ones and the nation he led as Prime Minister for six years.

To cope with her loss, Tun Rahah drew on her inner reserves of strength for the sake of her family.

“Our children were still young, still in school. So I had to be strong,” she said. 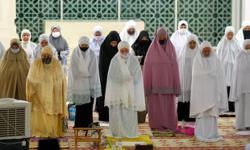