In a Facebook posting on Friday, Khairuddin claimed that apart from having his exit barred, he was also blacklisted on orders from Bukit Aman while attempting to fly to New York and London.

"At 8 o'clock this morning I went to the Immigration Department headquarters in Putrajaya to seek clarification from the passport security department but unfortunately, the Malaysian immigration officials only informed me that this was carried out on orders from Bukit Aman police headquarters," he wrote at about 3pm.

"My lawyer Matthias Chang was also present at the immigration office because he too was blacklisted without any concrete reason," he added.

Khairuddin claimed that the action to bar him was ordered by the police and not the Immigration Department.

"What was disappointing was that the Malaysian Immigration Department told me that there was no specific reason to bar me from going overseas and that the Bukit Aman police had only informed the Immigration that the ban was due to 'special reasons',” he said.

Khairuddin, who had lodged two police reports against 1Malaysia Development Berhad (1MDB), was sacked from his position as the Batu Kawan Umno division vice-chairman in February. 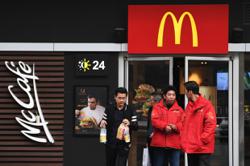