Bahri was among those questioned by Bukit Aman police in connection with the leakage of information in the 1Malaysia Development Bhd investigations.

Reporters stationed at the MACC headquarters here said they saw Bahri leaving the building "in a hurry.”

A staff said it was a "short goodbye" from Bahri as he walked out of the building with his colleagues at around 6.30pm to his Proton Inspira. 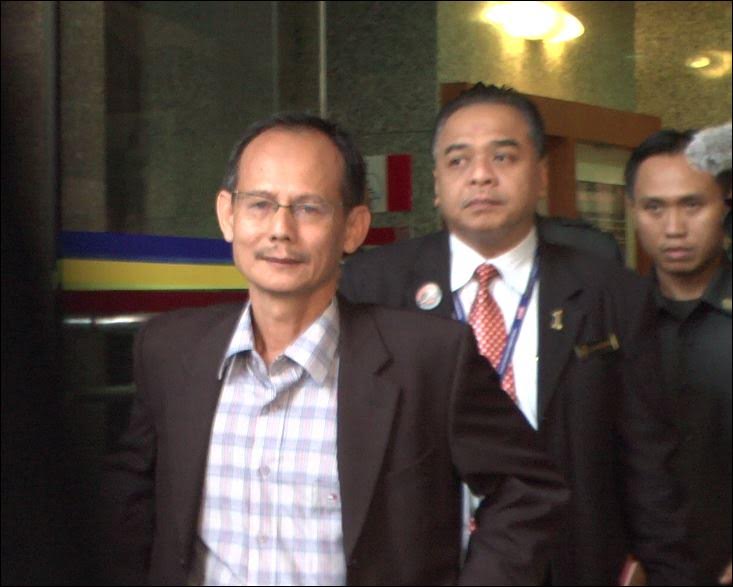 At around 7pm, Rohaizad was seen walking quickly to the basement car park, refusing to talk to reporters.

“Thanks for coming here,” he said before driving off in his Proton Waja.

He was among several MACC directors questioned by the police the past week.

Bahri had reportedly said he vowed to “find perpetrators who are ordering the arrests” of MACC officers.

Sources told The Star that Rohaizad was transferred due to “disciplinary issues.”

It is believed the transfer could be due to his "soft approach" on Opposition leaders when they visited the MACC headquarters on Thursday.

Another source told The Star that the MACC officers were transferred for breaching the General Orders (GO).

“Government servants risk immediate transfer when they breach the GO,” the source said.

A staff, who requested anonymity, said staff at the office cried when they knew of the transfers.

MACC is not expected to release any statement, preferring “to let these matters to be put to rest,” said a source.

IGP: No interfering in MACC probe

MACC probe into 1MDB must not be hindered, says panel