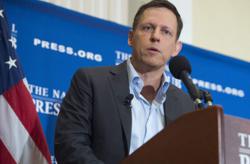 STAFF at a mall who were manning the closed-circuit TV camera saw two men behaving oddly outside a toilet and eventually found out that they were indulging in oral sex.

They spotted the men on the CCTV footage and sent an auxiliary policeman to check on them, China Press reported.

The policeman looked underneath a toilet door and was stunned to see two people dropping their pants on the toilet floor during the 4pm incident on Monday in Kuala Lumpur.

After waiting for the other toilet users to leave, the policeman peeked over the toilet cubicle and saw the two semi-naked men.

The two men were a 51-year-old unemployed Indonesian and a male clerk.

They were eventually detained by the auxiliary policeman and several others.

He said the Indonesian man would also be investigated under the Immigration Act for not possessing legal documents.

He said he would bring his crew for the shooting that would last for almost two months.

He, however, did not divulge details on the movie as the matter had yet to be finalised.

It is learnt that Hong Kong heartthrob Louis Koo is among those in the cast. The movie has yet to be named.

A picture taken by a reader showed them holding hands while waiting for their car near Siam Paragon mall.

The daily reported that Richard, who is worth RM17.4bil, has been changing girlfriends since breaking up with actress Isabella Leong.

However, Richard dispelled the talk, saying that he was in Singapore then.

When he was told about the picture showing him with the woman, he replied: “Please do not start rumours.”