Dr M doubts Malaysia will be developed nation by 2020

“For instance, you must have a very highly educated population. Literacy should be 100%,” said Dr Mahathir in an address titled “Leadership in the Final Push Towards Vision 2020” during the Foreign Correspondents Club of Malaysia (FCCM) dinner at Istana Hotel on Monday night.

The former premier had mooted Vision 2020 in 1991 at the start of the Sixth Malaysia Plan, which was aimed at making Malaysia a self-sufficient industrialised nation by 2020.

The country needs to be highly industrialised, but not just in any field, he said.

“Beyond that, the industries should be modern industries which reflect the state of knowledge of the people. We don’t want an industry where you just put together some product, or you assemble them, or garments. That does not make you a very advanced country to be qualified as developed,” Dr Mahathir said.

The former premier also criticised the policies of the present administration for focussing on high income, adding that raising the minimum salary would make a poor nation.

To Dr Mahathir, leadership plays a very important role in a country’s progress, and he quoted a famous Deng Xiaoping maxim: “It doesn’t matter whether a cat is white or black, as long as it catches mice.”

“Look at China. Mao did a good job of defeating nationalists and setting up the Communist Government of China. For long time, China was very backward, very poor. Not developed at all. It took his death and it took Deng Xiaoping,

“It doesn’t matter what you call yourself – it’s whether you produce wealth. After Deng Xiaoping, China changed completely. That’s called achieving progress to becoming a developed country,” he added.

Dr Mahathir said the next five years will necessitate a tremendous effort to educate the Malaysian people and create a sophisticated society, which is literate, highly inventive and highly productive.

However, he said he doubted whether it could be achieved.

“We’re not really going to achieve the kind of development that would qualify us as a developed country by the year 2020,” he said. 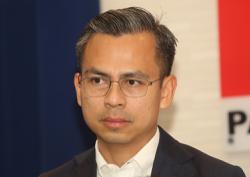