PETALING JAYA: A photograph of Malaysian terror suspect Amin Baco (pic), who is linked to Islamic State (ISIS) militants, has been found in the mobile phone of a dead Abu Sayyaf gunman in southern Philippines.

The photograph shows Amin holding a pistol in his right hand and a dagger in his left, standing before a black flag with Arabic words. On Amin’s t-shirt are the words “I love Islam”.

The Manila Times, which published the photo of Amin, 31, from Tawau, reported Sunday that the terror suspect was hiding with the Abu Sayyaf in Sulu, in the southern Philippines.

Amin and another Sabah Darul Islam militant Jeknal Adil, 30, also from Tawau, are among five militants, including lecturer Dr Mahmud Ahmad and shop owner Mohd Najib Hussein, 30, who are wanted by Malaysian police. 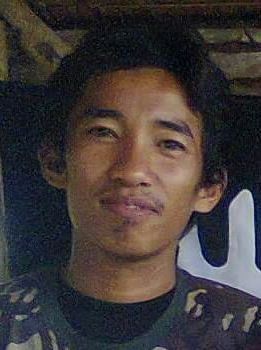 They are reported to have fled to southern Philippines following police crackdowns on militant activities.

Quoting a Philippines intelligence officer speaking on condition of anonymity, the Manila Times report stated that Amin, who goes by the alias Abu Jihad, may have been involved in several bombings in Mindanao.

The officer who provided Manila Times the photo, said Amin was also a member of Jemaah Islamiyah (JI).

The report, quoting the source codename “Pokemon”, stated that Amin has been in the Philippines for a long time and had a hand in past bombings in Basilan and Sulu.

It also stated that the officer had showed the newspaper a chart of the structure of the Khilafa Islamiyah Movement (KIM), which, like the Abu Sayyaf Group (ASG), has pledged allegiance to ISIS.

Amin’s photo and the flow chart were extracted from the mobile phone of one of the ASG members killed during a recent battle with government security forces in Sulu, according to the report.

It also quoted the source as saying that Amin was one of the five JI members who had been hiding in Sulu under the protection of the Abu Sayyaf gunmen that had threatened to behead a German couple held hostage since April.

Last week, Abu Sayyaf posted online a threat to kill one of the German hostages if two demands were not met by Oct 10.

The Abu Sayyaf had demanded a ransom of 250mil pesos (RM18mil) for Stefan Vicktor Okonek, 71, and his partner Herike Diesen, 55, who were reported missing while sailing their yacht from Palawan island to Sabah on April 25. 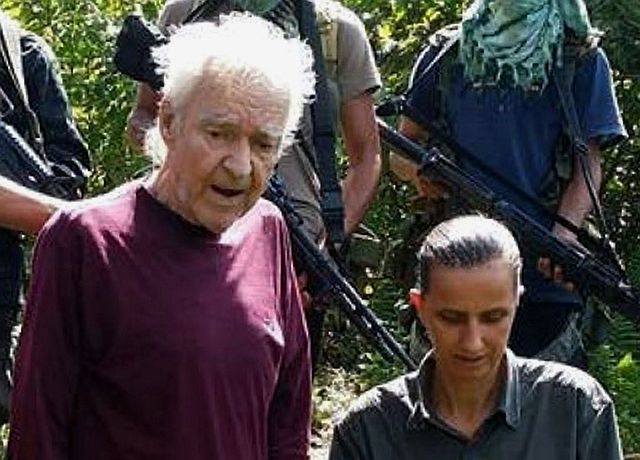 Security analysts have viewed the threat to behead the German couple as a move by the Abu Sayyaf to rebrand itself globally from a criminal kidnap gang to part of the Islamic State caliphate.

Signed by one Abu Rami, the posting was accompanied by three photographs of the German couple, one of which showed masked gunmen surrounding them with one of them brandishing a bolo (parang) while grabbing the shirt of a terrified looking Okonek.

Manila Times also quoted the intelligence officer as saying that the Abu Sayyaf might carry out of the beheading as a show of sympathy to ISIS.

“The Abu Sayyaf is a supporter of ISIS, they have already pledged allegiance to ISIS and they (Abu Sayyaf) are waiting for the reply.

“It could be that they threatened to behead the German hostages so they would be noticed,” the officer was quoted as saying.