PETALING JAYA: A syndicate has been selling halal logos to small and medium industries without the approval of Department of Islamic Development Malaysia (Jakim).

The syndicate is believed to be in cahoots with a Muslim entrepreneurs association and offers the halal status to food manufacturers in rural areas.

mStar Online, the Malay portal of The Star, reported that the syndicate is using the name of a “Datuk” to gain the trust of halal certification applicants.

It also holds seminars before offering the accreditation to the companies.

It is understood that the syndicate does not conduct inspection of the premises or even investigate the raw material used in the food production of these applicants.

Applicants are only required to pay between RM250 and RM600 to participate in the seminar, with the syndicate making more than RM100,000 for each programme it holds.

The brief seminar ends with every participant given the “halal certification” supposedly from Jakim and the right to use the halal logo on their products.

The syndicate is also believed to be using the name of companies which work closely with Jakim to gain the trust of applicants.

“Any party found to be offering false halal certificates can be penalised under the Trade Descriptions (Definition Of Halal) Order 2011.

“We have received complaints from the public about parties holding such seminars. However, action needs to be taken by the Domestic Trade, Cooperatives and Consu­merism Ministry,” she said.

Under the Trade Descriptions Order, those found guilty face a fine of RM10,000 for every product or three years jail or both.

For the second or consecutive offence committed, the company can be fined not more than RM30,000 for every product.

If the accused is an individual, he or she can be fined RM20,000 for every product or jailed less than five years or both. 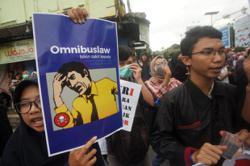