What were the 2.3 tonnes? Lithium ion batteries weigh less than 200kg, says firm

BALIK PULAU: The lithium ion batteries are back in the centre of the MH370 controversy.

According to NNR Global Logistics (Malaysia) Sdn Bhd in Batu Maung, the batteries formed only a small part of a “consolidated” shipment weighing 2.453 tonnes.

The batteries weighed less than 200kg, a company spokesman said. He would not say what the remaining 2.253 tonnes of cargo was.

“I cannot reveal more because of the ongoing investigations. We have been told by our legal advisers not to talk about it,” he said.

He said he could not name the company which manufactured the batteries, stating that the matter was confidential.

Malaysia Airlines CEO Ahmad Jauhari Yahya had also announced on March 24 that 200kg of lithium batteries were on board the plane. He said they were packed safely.

In a statement issued last night, MAS said the rest of the consignment was radio accessories and chargers. But this has not been disclosed before and is not stated in the cargo manifest.

The MAS statement said: “About two tonnes, equivalent to 2,453kg, of cargo was declared as consolidated under one master airway bill. This master AWB actually comprised five house AWB. Of these five AWB, two contained lithium ion batteries amounting to a total tonnage volume of 221kg. The balance three house AWB, amounting to 2,232kg, were declared as radio accessories and chargers.”

The manifest released in the preliminary report on the missing MH370 on Thursday, however, shows that NNR Global shipped 133 pieces of one item weighing 1.99 tonnes and 67 pieces of another item weighing 463kg for a total weight of 2.453 tonnes. Neither the number of batteries nor its weight were specified.

The manifest came with an instruction that it should be handled with care and that flammability hazards exist. Its flammability had been the source of many earlier theories over how the plane was lost. However, most of the theories have been debunked.

NNR Global is located at the Dis3plex Free Commercial Zone at the Airfreight Forwarders Warehousing Cargo Complex, less than 100m from the Penang International Airport. The complex is guarded by the police and only those with passes are allowed entry.

At the port of destination, the consolidated shipment is separated (deconsolidated or degrouped) back into the original individual consignments for delivery to their respective consignees.

It was reported yesterday that the missing plane was carrying lithium ion batteries and 4.566 tonnes of mangosteens.

The plane’s full cargo manifest was released by the authorities on Thursday as part of the preliminary report on the jetliner that went missing on its flight from Kuala Lumpur to Beijing in the early hours of March 8.

The manifest revealed that the batteries were from NNR Global.

The package was meant for NNR Global Logistics (Beijing) Co Ltd but a company named JHJ International Transportation Co Ltd, Beijing Branch, was to collect the cargo on its behalf.

Countries to meet over new stage of search
MH370: Bangladesh Navy joins in the Bay of Bengal search
Families move out of Beijing's Lido Hotel
Najib: Report released in spirit of transparency
Hisham: It's up to panel to judge 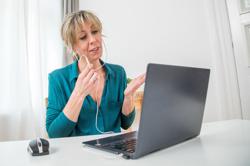 'Someone left the mic on': How to make virtual meetings less draining