He said there was good money to be made from gaharu wood as the highest grade could fetch up to RM60,000 per kilo while the low quality RM30,000 per kilo.

The syndicates, he claimed, knew their way around the forests, thus enabling them to avoid detection.

They were also armed with wea­pons and equipped with gadgets such as satellite phones while they were in the forests, he added.

He said Mersing and Kuala Rompin were the favourite staging points for them to enter the forests via rivers.

“Most of the poachers are Thais and Indonesians and they will normally spend about two weeks inside the forests to harvest the gaharu,” Chow claimed.

He said that static cameras installed on trees in the Endau-Rompin National Park to capture images of wild animals managed to record movements of illegal poachers. 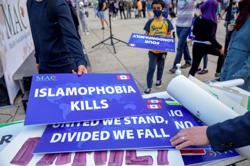