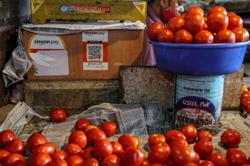 MALACCA: Underwater drones may have successfully found the 16th-century Portuguese vessel Flor De La Mar, which is believed to have sailed from Malacca with stolen treasure from the sultanate when it sank.

At least two underwater salvage companies have claimed that the galleon that sank during a storm circa 1512 has been sighted in Java Sea, close to Semarang in Indo­nesia.

They are basing their claims on images beamed by the drones. Underwater drones are commonly used by petroleum companies.

The galleon was reportedly laden with stolen treasure from the Malaccan sultanate, including 60 tonnes of gold, now worth billions of ringgit.

Chief Minister Datuk Seri Idris Haron said he had not received any official confirmation “but only unsubstantiated reports claiming that the shipwreck has been located”.

“We have been hearing speculation and theories, but this time we hope it’s true,” he said on Saturday.

Idris said the state government would put forward its claim if the documents on the discovery were confirmed by the Indonesian government.

“We would request for royalty from the salvaged treasures through cordial bilateral channels.

“This is in accordance with the historical fact that the galleon was carrying stolen treasure from the Malacca kingdom,” he said.

It was used in the conquests of Ormuz (Persian Gulf) in 1507, Goa in 1510 and Malacca in 1511, as well as the Battle of Diu (India) in 1509. The vessel is said to have sunk during bad weather in the Strait of Malacca while on a return trip to Lisbon with Alfonso de Albuquerque stewarding it.

Based on Portuguese annals, Flor De La Mar was also carrying jewellery and precious stones. Among the artefacts were two lion-shaped brass oil lamps and a magical bracelet of the Maharajah of Shahbandar.