GEORGE TOWN: Fishermen at the Cecil Street market in Penang have set another record, this time netting a 200kg fish measuring 2.4m long.

The latest haul is believed to be the largest catch in Malaysian waters.

The previous record weighed about 195kg and measured 1.8m long, which was also caught by fishermen from the same market in December 2012.

Fish merchant Khor Swee Boon said the grouper was caught in the deep sea in the northern region near Kedah on Monday.

“It’s very rare that you get such a big fish. We were lucky. We caught it around midnight yesterday using trawling nets. It took six men to haul the fish up to our boat,” Khor said. 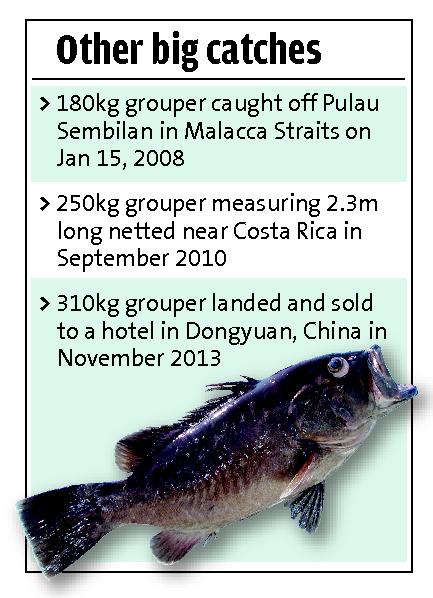