It is illegal to ride on another’s WiFi connection, says MCMC 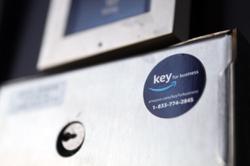 PETALING JAYA: It is illegal to hack to hitch a ride on another person’s WiFi connection, said the Malaysian Communications and Multimedia Commission.

Both the person using a WiFi hacking device and the supplier of such a device are liable under Sections 236 and 239 of the Malaysian Communication and Multimedia Commission Act 1998.

Section 236 states that a person who commits “fraud and related activity in connection with access devices” can upon conviction be liable to a fine not exceeding RM500,000 or to imprisonment for a term not exceeding five years or to both.

It also states that a person who produces, assembles, uses, imports, sells, supplies or lets for hire any hardware or software used to obtain unauthorised access to any network service, applications services or content applications service is committing an offence.

Section 239, meanwhile, governs the “unlawful use, possession or supply of non-standard equipment or device” and those found guilty are liable to a fine not exceeding RM100,00 or to imprisonment not exceeding two years or to both.

Sheikh Raffie Abdul Rahman, the adviser for MCMC’s strategic communications department said products such as these were normally not locally manufactured.

“We suspect they are smuggled in or imported through false or dishonest Customs declaration.

“So far we have prosecuted three offenders in court last year and this year. All pleaded guilty and have been compounded by the Sessions Court in Kuala Lumpur, Shah Alam and Taiping,” he added.

Sheikh Raffie, however, said that unlawful access of a computer system falls within the Computer Crimes Act 1997 and is under the jurisdiction of the police.

According to Cybersecurity Malaysia, software for hacking WiFi connections is easily available online.

(Cybersecurity Malaysia is the national cybersecurity specialist agency under the Science, Techno-logy and Innovation Ministry).

He advised users to set strong passwords for their networks, using a combination of alphabets, numbers and characters, with between eight to 16 characters.

“Also install antivirus software in your computer and keep it always updated with the latest signature files to detect and remove malware.

“You should also enable personal firewalls in your computer to block or filter malicious traffic into your computer,” he said.

Meanwhile, a Telekom Malaysia Bhd (TM) spokesman said hacking into private networks was beyond the control of a service provider.

“It is an issue of personal privacy. All sorts of devices to hack into WiFi passwords are easily available. Users must protect themselves by using strong passwords and changing their passwords regularly,” she said, adding that customers were also always reminded to change their passwords upon the first registration.

“Believe it or not, some people do not even change the default passwords given to them when they first register with us,” she said.

Related stories:
Beware of sinister WiFi snoops
Ways to check if you are a victim of WiFi hacking 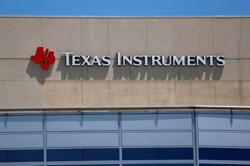