KOTA BARU: Kelantan Mentri Besar Datuk Nik Abdul Aziz Nik Mat disagrees with the move to introduce sex education in schools, saying it will do more harm than good to the younger generation.

The PAS spiritual leader said that, among others, the move would encourage children to learn about sex among themselves, resulting in negative incidences like unwanted pregnancies and baby dumping.

“There is already sex education in Islam like parents should have a separate sleeping place for their children when they reach the age of seven and that women should be properly covered,” he said after delivering a religious lecture here yesterday.

He said sex education in schools would be like teaching thieves how to steal properly.

Nik Aziz also wanted illicit sex to be termed as zina (sex between unmarried couples) in Islam and not as seks bebas (free sex) as deemed by some quarters.

“What’s wrong with calling it zina as the word will instil some fear in Muslims. And those who commit zina should be punished under hudud law,” he said.

The issue of sex education has long been discussed and debated with several quarters proposing that sex education be implemented in schools to curb social ills like unwanted pregnancies and dumping of babies, which has become rampant of late.

However, to date, no decision has been made on the issue. — Bernama 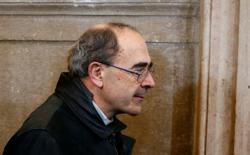