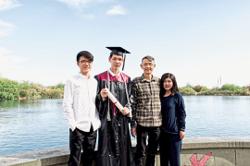 It is the country’s highest civilian honour.

Najib, who was on his first official visit to Saudi Arabia as Prime Minister, received the honour at the Conference Palace in the Saudi capital on Saturday night.

Briefing Malaysian media at the Royal Terminal of the King Khalid International Airport prior to his departure to the United Arab Emi-rates for another official trip, Najib expressed his gratitude to King Abdullah for the special honour.

“I consider this a manifestation of the close relations enjoyed between Saudi Arabia and Malaysia.

“It symbolises a huge potential for us to cooperate in various fields, not only in the common interest of the two countries, but also for the benefit of the larger Muslim community.”

He said the King told him that Malaysian haj pilgrims were the best with no problems involving them.

Najib said the King also talked about the Saudi-led interfaith dialogues in Madrid and New York as well as the world interfaith centre to be operational in Vienna.

“I explained to him that Malaysia is keen to participate in such a programme to forge a better understanding of Islam among those of other faiths and beliefs,” he said.

The two also discussed developments in Afghanistan and terrorism, and the need for Malaysia and Saudi Arabia to strengthen their cooperation to eradicate all forms of terrorism.

“We appreciate the interest shown by Saudi Arabian parties to invest in Malaysia, such as PetroSaudi, which has formed a joint venture with 1Malaysia Development Bhd,” he said.

In ABU DHABI, Najib visited sites of projects with Malaysian involvement such as the Rihan Heights Arzanah residential project and Marina Square on Reem Island.

He will deliver a keynote address at the World Future Energy Summit today. 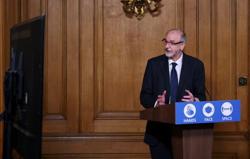