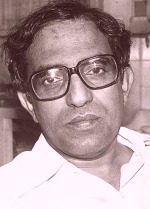 He succumbed to heart and lung complications following a recent bout of pneumonia. He was 76.

Dr Rajakumar is best known as a leftist intellectual who formed part of the leadership of the Labour Party and Barisan Sosialis during the 1960s. Along with other leaders like the late Tan Sri Dr Tan Chee Koon, V. David, Ishak Haji Muhammad (better known as Pak Sako) and Karam Singh, he made the Labour Party a force to be reckoned with. He was detained under the Internal Security Act from 1966-1969.

After he was released from detention Rajakumar focused more on his medical practice, but was still concerned with improving the general standard of healthcare.

He is survived by his wife Ong Kik Hong and three children - venture capitalist Datin Sunita Mei-Lin, executive in a London search firm Kiren Su-Lin and Arjuna who is a vice-president at HSBC Hong Kong.