BANGKOK: They may not have won The Amazing Race Asia 3 but Malay­sians Ida Nerina and Tania Khan are still happy they made it to the finals.

The two, dubbed the actress and the heiress in the race, came in third in a heart-stopping and unpredictable finale.

The race was won by Sam Wu and Vince Chung from Hong Kong while Geoff Rodriguez and Tisha Silang from the Philippines came in second.

“I think it was only frustrating because we fell behind, not of our own doing but because of a third party. All our magical planning went to waste,” said Tania. Tania and Ida were leading in the beginning but lost crucial time when they missed their flight to Phuket, the final destination of The Amazing Race Asia 3.

Previously, in The Amazing Race Asia 2, the Malaysian team consisting of sisters Pamela and Vanessa Chong came in second, and in the first season, Malaysians Joe Jer and Zabrina walked away as champions.

The two contestants from Hong Kong walked away with the US$100,000 (RM365,000) cash prize. Sam and Vince were overjoyed with their win.

“It’s out of this world and an experience money can’t buy,” said Vince.

“It’s been totally unbelievable and we’ve had such wonderful experiences,” said Sam.

The Amazing Race Asia 3 saw 10 teams from all over Asia participate in gruelling challenges, covering over 20,000km in more than seven countries, such as Vietnam, Taiwan, China, India, Oman and Thailand, where the race began and ended. 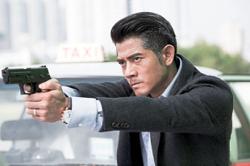 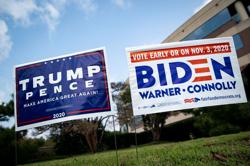