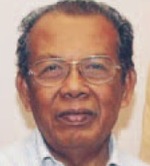 “I am not certain of the exact number but the list will contain fewer than 40 names, which is less than half of last year's number,” he said.

“We believe that those who serve should do so without expecting these rewards,” Lim said.

Asked if any Barisan Nasional party members were among the list, Lim said there “might be one or two, based on their contributions to society”.

On the nomination of Abdul Hamid, Lim said:

“As the state's first Chief Justice, Abdul Hamid has served with excellence and strived to uphold the autonomy of the judiciary while carrying out necessary changes in order to fulfil the principles of justice and the rule of law.”

Describing Wan Azizah as a “lady of substance filled with humility and dignity,” Lim said her tireless fight for justice was a source of faith and courage to countless Malaysians.

“She is of equal standing with her husband, solely on her own abilities, merits and achievements,” he said.