SHAH ALAM: Political analyst Abdul Razak Baginda did a tell-all on his illicit affair with Mongolian beauty Altantuya Shaariibuu in a desperate bid for bail pending his trial on March 10 next year.

The 47-year-old, who is charged with abetment in the murder of Altantuya, tried to convince the court that although he had an affair with the 28-year-old he did not order anyone to kill her.

Despite the attempt, he failed to secure bail.

Razak’s counsel Wong Kian Kheong read out three documents – an affidavit and two statements recorded by police from his client in October – to support the bail application.

The details unfold with Razak acknowledging that he had met Altantuya in Hong Kong at the end of 2004, in Shanghai Kuala Lumpur and France in 2005 during their affair, which lasted about eight months.

As he chronicled his love story with the Mongolian woman, he referred to her as Mina.

He said she had allegedly told him she was of Korean and Chinese descent and that she had a hard life in Mongolia.

“She claimed to be a student and I believed she had side income (cari makan sampingan),” he said.

“I have given her money several times, US$10,000 three to four times or more. I stopped giving because I could not stand the harassment.”

In another statement recorded on Oct 30, Razak said he gave the woman money because she claimed that she had been robbed, but later decided not to give anymore as she had not been telling him the truth.

He said she then started to threaten to tell people about their affair and to exaggerate the story.

“It became very clear to me that she was both manipulative and at the same time, very convincing. Feeling vulnerable, I gave in to her threats and paid. This went on for three times and finally I came to my senses,” he said.

In the affidavit, Razak also said: “I first got to know her in Singapore in November 2004. I ended the affair in August 2005.

“Since then, the deceased had been asking for money from me and blackmailing me.”

He added that in April last year, he decided not to accede to Altantuya’s demand anymore.

”Because of the harassments, I was forced to tell my wife, daughter and parents about the whole affair. I also told my staff about the harassments since the deceased also visited my office,” he said.

Razak said he then sought legal advice and was told to hire a private investigator to protect his family.

He duly employed P. Balasubramaniam for that purpose by Oct 16, but the harassment continued, so he sought out DSP Musa Safri, whom he had befriended through his work at the Malaysian Strategic Research Centre.

Razak said he asked DSP Musa to get police to patrol near his house for security reasons and the DSP introduced him to C/Insp Azilah Hatri.

On the morning of Oct 17, he said, Altantuya came to see him at his house but his wife found out about it as he was not home.

“That night, there was a commotion outside my house and I immediately called DSP Musa. I also called the private investigator.

“I did not lodge a police report because my lawyer had advised against it.

“Furthermore, DSP Musa had assured me that C/Insp Azilah would call me to help regarding the harassment,” he said.

On the morning of Oct 18, C/Insp Azilah called Razak and told him that he had killed six or more people before and therefore could help him stop the harassment.

“I told C/Insp Azilah not to do anything untoward against Altantuya. If any such thing were to happen to her, her family will look for me. I believe that as a police officer, he would not commit crime,” Razak said.

“I only asked him to get police to patrol around my house. I gave him my address and (that of) Hotel Malaya where the deceased was staying.”

The next day, on Oct 19, there was another commotion outside Razak’s house and he called C/Insp Azilah again.

“Azilah told me to ask my private investigator to continue talking to Altantuya until he arrived,” he said, adding that he again told C/Insp Azilah not to do anything untoward.

“Moments later, Azilah telephoned me and told me that he had arrived outside my house and that 'malam ini encik boleh tidur nyenyak (sir, tonight you shall sleep soundly) '.”

He said C/Insp Azilah, Kpl Sirul Azhar Umar and a policewoman then took Altantuya away in a police car.

(Both C/Insp Azilah and Kpl Sirul are charged with the murder of Altantuya).

Razak claimed that he had met DSP Musa at the Deputy Prime Minister’s office and asked what happened to Altantuya but DSP Musa said C/Insp Azilah did not update him. 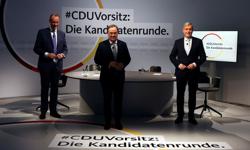 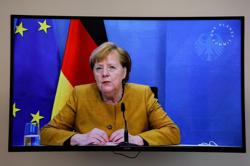