SEREMBAN: Chiang Ti Ming, the boy genius who was the youngest student ever to be admitted into the prestigious California Institute of Technology (CalTech) almost two decades ago, has passed away on Saturday morning.

“He passed away peacefully,” said a family member yesterday.

The family declined to reveal other details while Chiang’s parents, father Chiang Chick Liam and mother Lee Soo Hoon, were too distraught to talk to the press.

Only his family members were seen entering the house here yesterday afternoon and requested that privacy be given to them.

Press reports in 2002 said that he had been admitted into a hospital in Kuala Lumpur, for depression and withdrawal symptoms. The family also suffered a tragic loss when his sister Eei Wern, drowned at the swimming pool of the Seremban International Golf Club in 1993. Eei Wern was then four.

It was reported 16 years ago that Chiang, who was 15 at the time, was not only the youngest student to be admitted into CalTech but also among the top five percent where his results were concerned.

Chiang had achieved many firsts while at CalTech, including being the youngest ever student to receive the Undergraduate Students Merit Award two years in a row.

He was also an honorary member of the Tau Beta Phi, a national engineering society.

He had been accepted to study for the second year of the four-year Physics degree course at the university in 1989 when he was 13 after sponsorship from several organisations.

The prodigy later pursued and graduated with a doctorate in particle physics at Cornell University in New York. 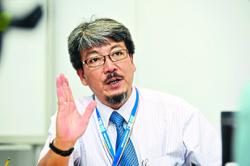 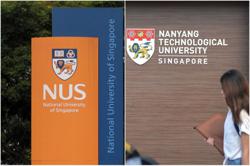