KUALA KANGSAR: Mohd Amin Mohd Razali, the Al-Ma’unah movement leader who was sentenced to death for treason, had a last meal with his wife and four children on Thursday night before he was hanged yesterday morning.

The death penalty was carried out at the Sungai Buloh Prison in Selangor. His body was returned to his hometown of Kampung Ngor near here and buried after asar prayers at about 5.30pm.

Mohd Amin’s wife Salamiah Sallehuddin, 35, said the prison authorities allowed her and the children to see him.

“We met as a family last night (Thursday) and even managed to eat together,” she said.

Mohd Amin’s last words to his children were to study hard and become religious teachers, she said.

Mohd Amin was supposed to be hanged last week together with three others – Zahid Muslim, Jemari Jusoh and Jamaludin Darus – but the prison authorities deferred his execution, pending the return of his mother Aminah Abdullah, 62, who was in Mecca to perform the umrah (pilgrimage).

According to Mohd Amin’s brother Abdul Rahim, his mother managed to see Mohd Amin before the execution yesterday morning. 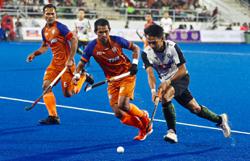 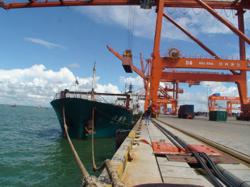 Port in Guangxi unleashes potential for opening up 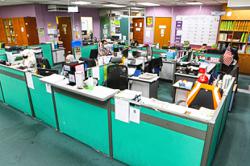