PETALING JAYA: Malaysian-born billionaire Tan Sri Khoo Teck Puat died of a heart attack at the Mount Elizabeth Hospital in Singapore on Saturday at the age of 86.

The banker and hotelier had earlier complained of discomfort after lunch at his Belmont Road bungalow, Singapore’s The Sunday Times reported yesterday.

He was admitted to the hospital and died at 6.50pm, surrounded by his children and grandchildren.

Khoo leaves behind 14 children from two wives (both deceased), several sons- and daughters-in-law, grandchildren and great-grandchildren.

His youngest son, filmmaker Eric, 38, told the daily that his father’s demise came as a shock as he had been in a terrific mood and had a hearty appetite on Saturday.

Eric said his father had planned to have his dinner at the Grand Shanghai Restaurant at the Grand Copthorne Waterfront Hotel in Havelock Road but suffered a heart attack before that.

The billionaire’s last meal was at the Espresso Coffee House in Goodwood Park Hotel, the flagship hotel in his business empire, which stretched from Singapore to London, the daily reported.

Daughter Elizabeth, 45, who runs her father’s York Hotel, said the family was still in a state of shock.

His collection of cars included Rolls-Royces, Mercedes Benzes and BMWs, it was reported.

Eric also said his father was fond of saying to his children: “In life, you have to have the luck, the timing and the aptitude.”

Khoo, with an estimated S$5bil (RM11bil) fortune, was Singapore’s richest man and ranked the 137th richest person in the world by Forbes magazine last year.

The billionaire owned the Goodwood Group of companies, his small collection of jewel-box hotels in London and Singapore.

He was the largest single shareholder of Standard Chartered PLC with a 13.51% stake in the bank, worth an estimated S$1.5bil (RM3.3bil), held mainly through his three Singapore companies – Goodwood Park Hotel, Central Properties Ltd and Hotel Malaysia Ltd.

His father, Khoo Yang Thin, who was a trader and owner of agricultural land, had stakes in several Hokkien banks which later amalgamated to form Overseas-Chinese Banking Corp (OCBC) in 1933.

The billionaire first worked as a bank clerk in OCBC and in 1960, left to start Malayan Banking (Maybank) with a paid-up capital of RM10mil.

He left Maybank and Malaysia for Singapore in the mid-1960s after a dispute with Malaysian financial authorities.

Khoo, who had been in the news last October on speculation he might sell his stake in Standard Chartered, had been one of three financiers who had rescued the bank in 1986, collectively buying a 37% stake to fend off a hostile takeover bid by Britain’s Lloyds Bank.

In a rare interview once, the reclusive Khoo shared his investment strategy where he said, “When no one wants it, that is the time to buy a few million.” 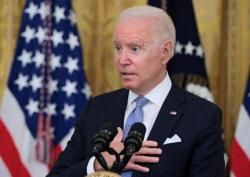