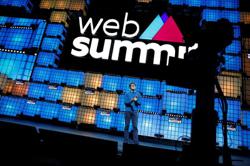 In Lisbon, the concept of a green city is being challenged, even as regards the perception of the colour itself. — Photos: Rita Ansone/Mensagem de Lisboa

A green city, full of well-watered and neatly trimmed lawns – the image we have come to associate with the quality of what is green in the city may be all wrong. Lawns come at a heavy price: costs and environmental consequences. Maintaining lawns requires intense water use, a scarce resource in a southern country, the proper management of which is particularly important in dry months, such as summer in the Portuguese capital.

In Lisbon, the concept of a green city is being challenged, even as regards the perception of the colour itself. Meadows are replacing lawns. Is the green in the city really green? Perhaps you need to readjust your vision and to rethink: perhaps “green” isn’t exactly “green”, in the ecological and sustainable sense of the word.

In urban climate action, the colour green isn't always the answer. The obsession with perfectly trimmed lawns may be interesting in temperate climates like that in the UK, but it’s not a healthy expectation for a septentrional city that strives to be sustainable today and prepared for a future affected by climate change. 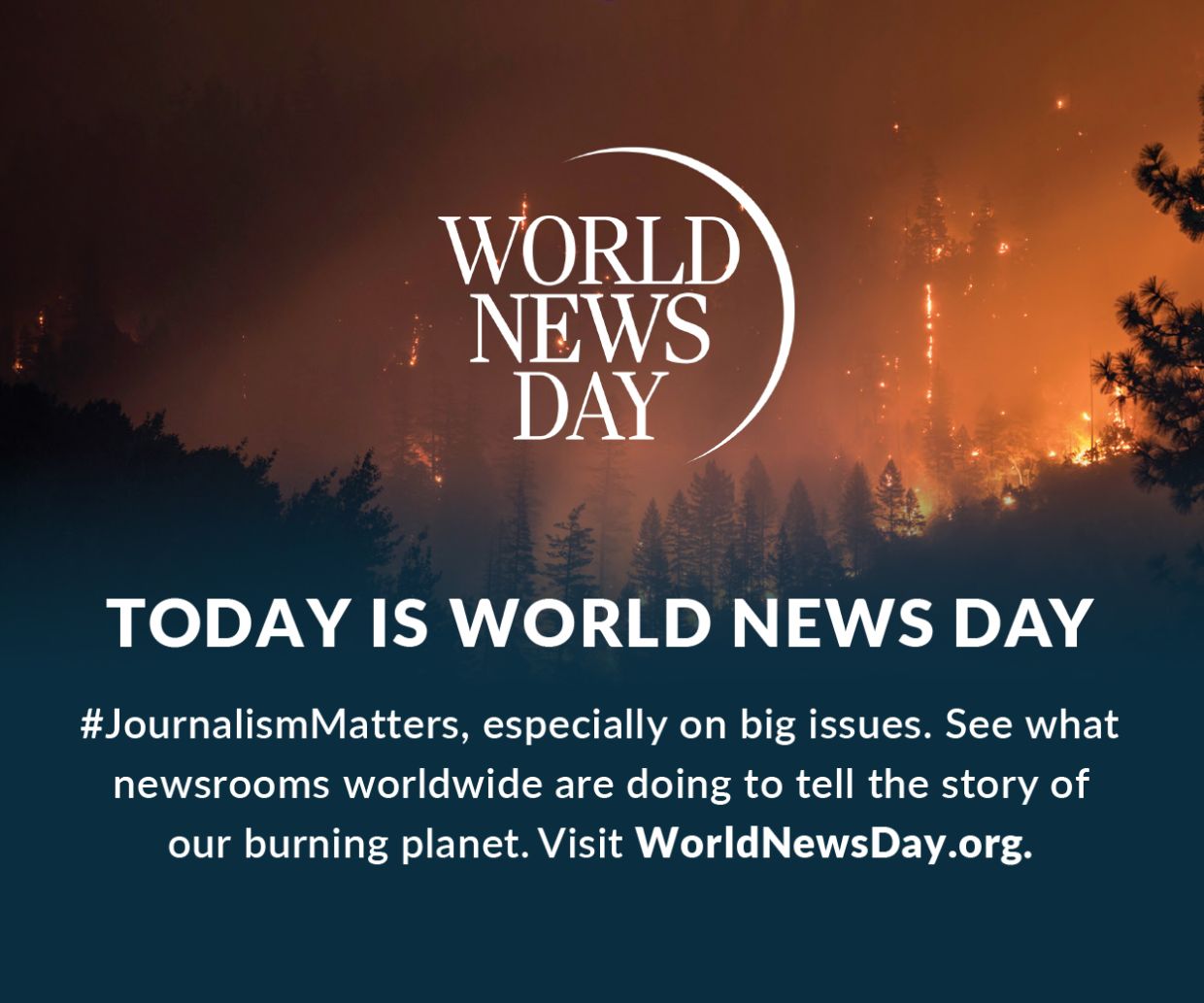 The Bela Vista Park is a large urban park located in the eastern part of the city, recently won over from wastelands. Here, lawns are yielding. It’s summer and temperatures rise above 30ºC. Where once there was grass, today there are two fields of biodiverse dry meadow. Yellow dominates.

In autumn and winter green abounds. In spring we are gifted with a multi-coloured splendour. An explanation is provided on vertical signage, lest passers-by think the park is neglected. It isn’t. It’s just like that. A biodiverse dry meadow – a renaturalised space populated by “native species from our flora, adapted to our climate and that have a natural life cycle,” says Rui Simão, head of the Lisbon City Council's (CML) Green Space Maintenance and Requalification Department.

They don’t need irrigation, they help hold water in the soil, and they attract insects that help control pests. They sprung up in 2020, the year in which Lisbon was named European Green Capital. These natural structures were first experimented with in 2012 in the Monsanto Green Corridor, behind the Palace of Justice.

“The strategy is not only green, it’s also brown,” says Rui Simão. The biological cycle of dry meadows follows the seasons. “Seeds are produced in the summer. They then fall to the ground, start growing and then germinate in the spring.” These new green plants “bloom and then produce more seeds”, closing the cycle.

In Bela Vista Park alone 20,000 sq.m – or 2 hectares – of water-hungry lawn was replaced with meadows. This resulted in an annual saving of 6,000 m3 – 6 million litres – of water, enough to fill two Olympic-size pools and with one million litres to spare, according to the International Swimming Federation (FINA).

The initiative is part of Life Lungs, a project led by Lisbon to adapt to climate change with EU funding, in partnership with the Spanish city of Málaga. Rui Simão: 'The strategy is not only green, it’s also brown.'

The threat of climate change in Lisbon

“We are experiencing the effects of climate change and we must take action to effect change. Our green spaces, especially in the Mediterranean area, are bearing the brunt. Unfortunately, we live in an area that is gradually becoming a semi-arid climate. And we have to adapt,” says Rui.

According to C40 data, the major threats for Lisbon are linked to its location:

♦ The worsening of the magnitude of strong/gale-force winds;

♦ Increased intense rain, both in frequency and magnitude;

♦ High temperatures, the effects of which are made worse by decreased precipitation;

♦ Cold waves, which are high-risk to an increasingly vulnerable elderly population;

Increase in mean sea level and extreme precipitation events, with ever growing land use, increasing the risk of flooding in Lisbon.

Despite being a quiet and peaceful city, there’s much to do: in terms of carbon emissions per capita, Lisbon ranks above London, Madrid, Rome and Paris, for example.

A Climate Action Plan is in the process of being approved to prepare the city for these changes: by 2030, it must reduce its greenhouse gas emissions by 70%, compared to 2002. By 2018, these emissions had already been reduced by 40%. The city, however, city aims to be carbon neutral by 2040, ten years ahead of the target set by the European continent. By 2030, an estimated €4bil is expected to be invested.

Other actions include the Lisbon General Drainage Plan – a flood drainage network aimed at reducing the impact of floods in the city, the construction of which will cost an estimated €180mil – and a delay in the creation of the Low Emissions Zone (LEZ; or ZER in Portuguese) in Lisbon’s historic centre, aimed at reducing traffic by 40,000 cars a day and 60,000 tons of greenhouse gas emissions per year.

Sow and then leave it to nature

Meadows are just one facet of the climate change adaptation plan. Since they are new meadows, the green isn’t artificial. It’s green when nature wants it to be green.

"That's what a dry meadow is. It doesn’t require irrigation maintenance. It doesn’t need scheduled irrigation to keep it greener for longer. It’s a perfectly adjusted meadow suited to our flora and climate,” clarifies Rui.

The meadows are created by removing weeds and introducing native species, clovers and grasses, “using our flora and especially leguminous plants, because they provide the soil with nitrogen”.

They are trimmed “two or three times a year, at the most”. Other than that, nature runs its course. 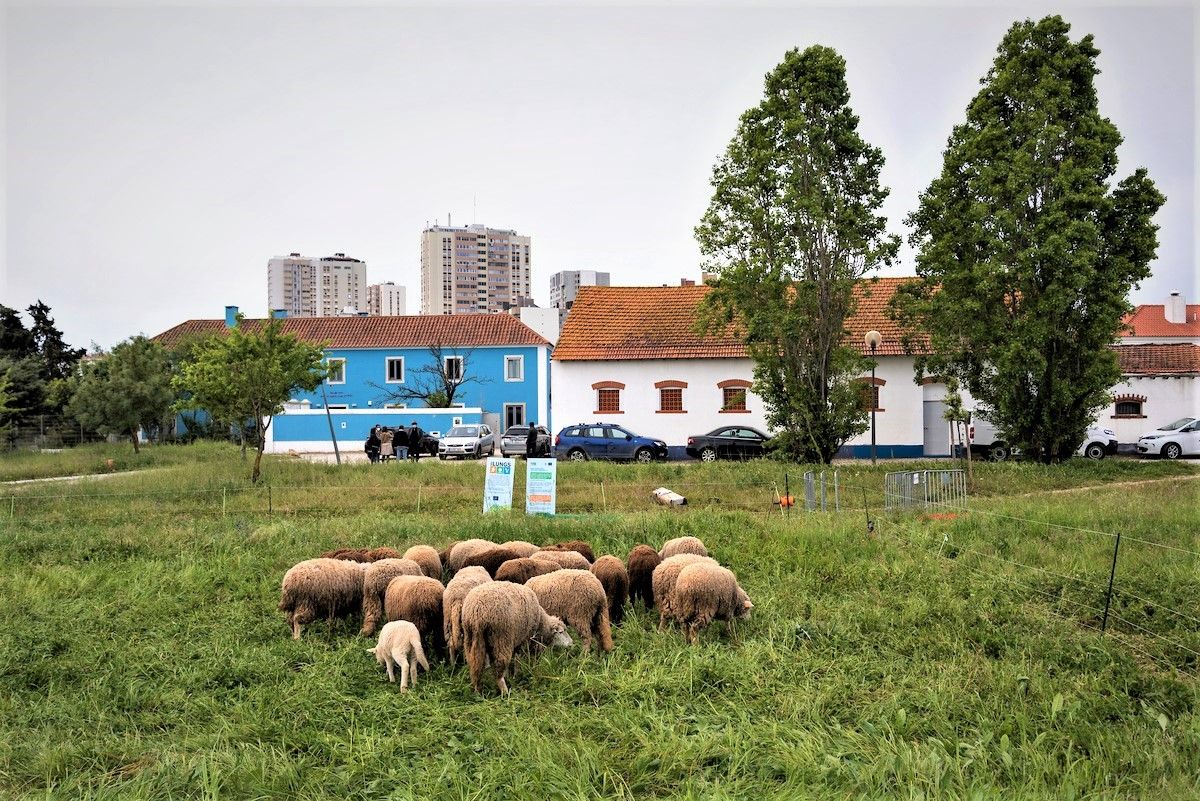 A flock of about 20 sheep, watched over by shepherds, is left grazing in the meadows for three or four months, enclosed in a mobile electric fence.

Urban sheep instead of mowers

Something else is also being tried, using sheep to cut the grasses. A flock of about 20 sheep, watched over by shepherds, is left grazing in the meadows for three or four months, enclosed in a mobile electric fence. The animals help manage vegetation “and they trample the soil with their hooves”, thus mixing organic matter from their manure into the soil, Rui explains.

It’s expensive, and was criticised by the opposing party, but the outcome is positive. “We have to take into account everything that is involved.”

These “20-odd” sheep help control the meadow, so just imagine what could be done with bigger flocks, he suggested. The hope is that the sheep can again help maintain these spaces “between 2022 and 2023”, explains Inês Freire, Director of Life Lungs.

“The first cuts enable other smaller plants that are sometimes overpowered by bigger ones to grow and have a chance to flourish and get stronger,” points out Rui Simão.

“This helps ensure seed production without having to find other ways to produce them,” in order words, without the need for manual labour, or machines, to sow seeds.

Meadows also aren’t all the same: not many people notice, but they have water retention basins, a pit of sorts where excess water can be stored instead of running off into and flooding streets and land. They also promote rainwater infiltration.

These basins, some larger than others, are hidden in gardens, like at the Bela Vista Park, Campo Grande Garden and Ribeirinho Oriente Waterfront Park, and only become visible after intense rainfall, forming lakes on the surface.

As part of the project around 52,000 trees and shrubs have already been planted, of an expected total of 240,000. Planned plantings include 4,000 trees being planted in the city’s neighbourhoods to help cool streets and provide shade, to reduce heat island effects. Planting will resume in October, in the parishes of Arroios, Campolide and Benfica. Despite being a quiet and peaceful city, there’s much to do: in terms of carbon emissions.

At the Bela Vista Park, doing away with irrigation saw different colours emerge throughout the year, but the benefits of dry meadows aren’t only water-related.

“These meadows are amazing: they generate life, they allow life to control itself.” They attract “new insects, pollinators,” such as bees. They also attract “pest controllers”, such as ladybirds, “an important predator of various insect pests that appear on trees”.

Basically, we need to change our mindset. There is more to what meets the eye, “besides an unkempt plant” or “nicely trimmed lawn”. Ladybirds help control scale insects and aphids that feed on the sap of plants and whose droppings are sticky and very high in sugars, “pure sugar” that falls from trees onto city streets and sticks to the ground.

But even nature needs a helping hand, some “positive input for trees and vegetation”. Without it, “trees start falling, breaking and dying”. If we don’t take action to balance the scales, “we won't have a healthy and balanced green structure: the city and its plants are under pressure from pollution, from the water-resistant canopy”, explains Rui.

In other words, in Lisbon, yellow is the new green. — Mensagem de Lisboa 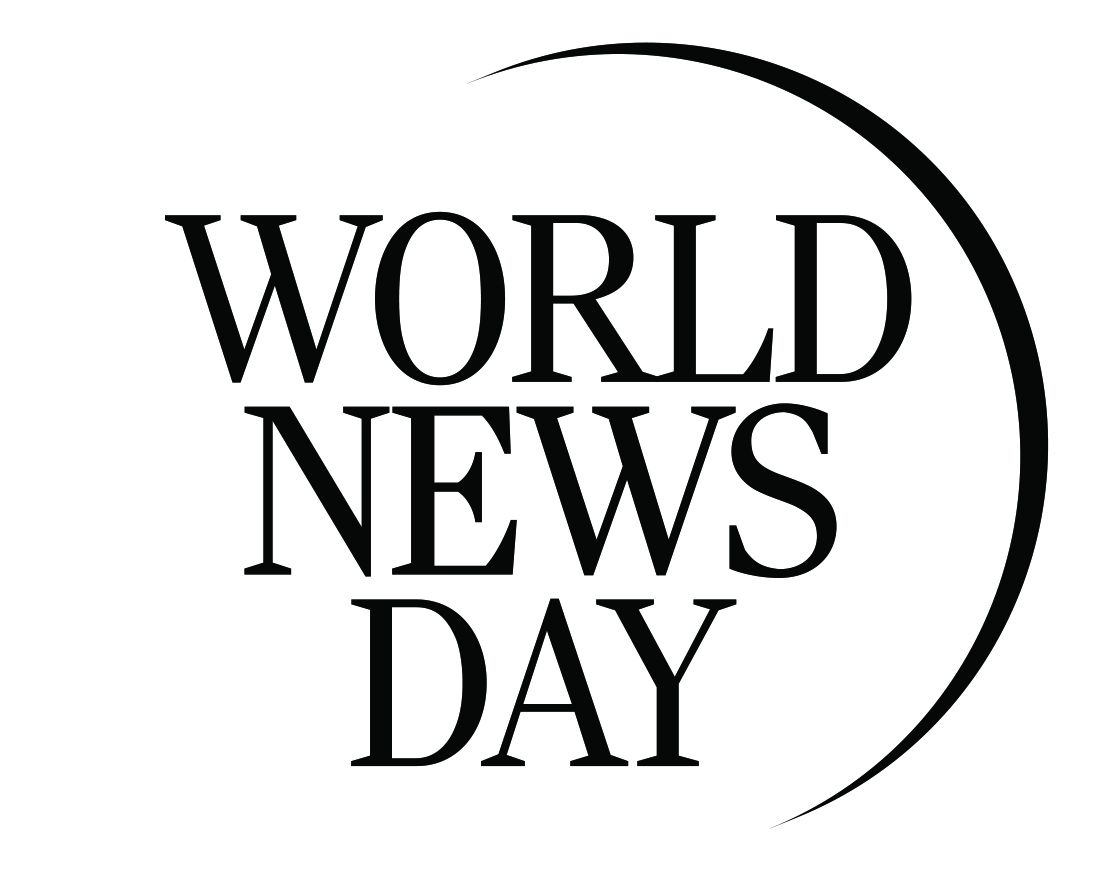 This story, first published by Mensagem de Lisboa, has been shared as part of World News Day 2021, a global campaign to highlight the critical role of fact-based journalism in providing trustworthy news and information in service of humanity. #JournalismMatters." 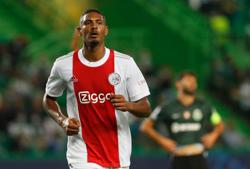 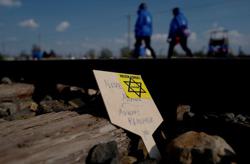