US President Biden arriving to speak with Australian prime minister Morrison and British prime minister Johnson in the East Room of the White House in Washington DC recently. — Bloomberg

WHEN then-United States president Barack Obama left office in 2017, we knew that his “pivot to Asia” move was nothing but talk.

His administration remained stuck with problems in the Middle East while his successor Donald Trump proved to be too incompetent to get anything done.

It turns out, it would take Obama’s vice president and an old hand in Washington DC's foreign policy establishment, Joe Biden, to actually implement what his old boss had failed to deliver.

And Biden did kick things off in a big way. While Obama – or George W. Bush before him – opened the way for a multipronged approach in Asia, like the crafting of the Trans-Pacific Partnership (TPP), Biden does away with all the nonsense and goes straight for the jugular.

And just like any foreign policy pros everywhere, Biden has been methodical in this. Amid Afghanistan’s drawdown, he dispatched some of his key deputies to tour Asia to shore up support for the US' foray into the region, the last being the visit of Vice President Kamala Harris to Singapore and Vietnam.

And late last week, to the surprise of everyone, Biden announced a deal with Australia to allow for the US – and the United Kingdom – to give nuclear submarine technology to our neighbor in the south, an agreement under a new three-way alliance known as AUKUS.

The importance of the deal must not be underestimated. Should a major conflagration occur in the region, future historians would certainly look back to what happened last week as one of the key moments that led to that development.

The deal, with its obvious intention of deterring China, also put the region, Asean and Indonesia, once again at the center of great power politics – one not seen since the withdrawal of US troops from Vietnam in the 1970s.

To our collective dismay and displeasure, a major power competition has once again been brought to the region, and now we have to live with the prospect of constant tension.

It is not an overstatement to say that a new chapter in a “Cold War’ has been opened and that we are now entering a new era of volatility. From our history, especially the events of 1965, we have learned that such volatility could have a direct impact on the people – like when thousands could have died from decisions made in Washington or Moscow.

The AUKUS deal will also create a new complication for Asean, which since the end of the Cold War has successfully been the master of its own destiny, while occasionally managing to bring in major powers to join its effort to bring peace and prosperity to the region.

Now, these major powers, especially the US, have decided to go their own way. Indonesia has been right in calling for Australia to maintain its commitment to regional peace and stability while expressing concern over a "power projection" in the region – an apparent swipe at the US.

It is in the interest of everyone in Asean to call for a de-escalation of the situation. — The Jakarta Post/Asia News Network
Article type: metered
User Type: anonymous web
User Status:
Campaign ID: 46
Cxense type: free
User access status: 3
Join our Telegram channel to get our Evening Alerts and breaking news highlights 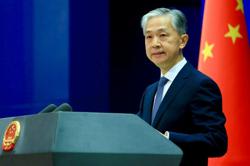