Rapid urbanisation: Migration from rural to urban centres continues to grow in Malaysia due to economic and employment opportunities available in cities.

MALAYSIA has one of the fastest urbanisation rates in South-East Asia, and has become one of the most urbanised countries in the region. In 2020, 77.16% of the country’s population already lived in urban areas and cities, a rapid increase from a mere 34.2% in 1980.

To illustrate this rapid urbanisation, let’s look at other countries. For example, in Britain, it took 79 years to increase its urban population from 10% to 30% out of its total population. Elsewhere, in Japan it took 66 years, in the United States it took 36 years, while Australia took 26 years. However, in Malaysia, the same change only took 20 years to happen. 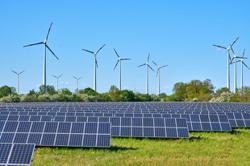