WEARING the traditional attire of the Baduy tribe, which inhabits a remote area of Banten, and mountain sandals, Indonesia’s President Joko “Jokowi” Widodo tried not to show that he was bearing a huge burden as he delivered the state of union address at a session of the People’s Consultative Assembly (MPR) on Monday.

The Covid-19 pandemic has been so devastating to the nation that no one knows when we will win the war on the deadly virus. In his speech to mark the 76th anniversary of Indonesia’s independence, the president attempted to convince Indonesians, many of whom had been losing faith in his ability to lead them out of the nightmare, that the country was on the right track to victory over the pandemic.

At the time of Jokowi’s speech, a cumulative total of 3.85 million Indonesians had been infected with Covid-19 and more than 117,000 had died of the illness. Millions of people have lost their jobs and many others have been plunged into poverty despite the government’s efforts to provide aid.

Students cannot go to school, and their parents have to spend more to support their learning online. Many students have quit school altogether because their parents cannot afford electronic devices or internet access.

Unsurprisingly, because of the difficulties of life, many people resent the government. Some have gone so far as to threaten to launch an “endgame” to Jokowi’s time in power, although none of them can offer a better way to deal with Covid-19.

This is a combination of desperation and a political agenda.

Later in the day, the President delivered the 2022 draft state budget in a plenary session of the House of Representatives. It was the second time that President Jokowi had come to the House building to deliver speeches since the pandemic struck in March of last year.

In the same forum last year, Jokowi was very confident that the pandemic would not be as fatal as many feared. On Monday, Jokowi seemed to act as a father trying to comfort his children, telling them that everything would be all right soon and asking them not to worry too much.

The big family of Indonesia is, in fact, sailing on rough seas. The crisis has sapped huge stores of resources, and as the head of the family, Jokowi, in spite of his fatigue, sought to look convincing in front of his wife and children, although the whole family knows he has yet to see a light at the end of the tunnel. But from his remarks and appearance, Jokowi showed he knew what he was doing and how to lead the nation out of the health crisis. He was confident he could guide the people to eventual safety. He also knew the price would be very high.

It was a big relief, however, that the President was fully in charge and did not seek a scapegoat for the misery Indonesia has been experiencing.

“I am fully aware that the Covid-19 pandemic has brought with it exhaustion, boredom, weariness, sadness and distress. I also understand that there is much criticism directed at the government, particularly on matters that have not been resolved yet,” Jokowi said in his state of the union address.

“We always respond to that by fulfilling our responsibilities, as expected by the people. I would like to thank the children of the nation who have become active citizens and are continuously building a democratic culture,” he said.

In his second speech, the President acknowledged that the war was still far from over because it was not just about the disease but also its repercussions, which have been no less destructive to the nation.

The President proposed a budget of some Rp2.7 quadrillion (RM798.4bil) for the coming fiscal year. For Covid-19 management and health care, the government will allocate about 9.4% of the total. “In 2022, we will still have to confront significant uncertainty. [...] We must also face other global threats, such as climate change, rising geopolitical dynamics and the unequal recovery of the global economy.”

In his two addresses, the President focused on Covid-19-related subjects, although he talked briefly about one of his two most ambitious dreams, which are the Trans-Sumatra toll road and the relocation of the capital to East Kalimantan. He will only partially fulfill the first ambition and is unlikely to achieve the second.

The President did not touch on foreign affairs at all, a subject that is often raised by Indonesian presidents to show off their achievements on the international stage. There was no mention of Asean’s failure as a united bloc to save Myanmar’s people from the military junta’s brutality. Neither was there any reference to the latest developments in Afghanistan, which is now under full Taliban control.

These days, it is difficult to find moments that can give hope to the nation. The biggest cause for celebration came on Aug 2 when the Indonesian women’s doubles badminton team, Apriyani Rahayu and Greysia Polii, won the gold at the Tokyo Olympics.

The President was so excited that he invited the winning duo and the national badminton team to Bogor Palace. “I was really pleased. I was really proud, especially when the ‘Indonesia Raya’ national anthem was performed,” a cheerful President told the pair in a video conference shortly after they won the gold medal.

Jokowi has confessed his problems and told the nation how he plans to lead them out of the prolonged troubles. Like a military commander, he knows Indonesia will win the war and understands the sacrifices expected from us all. Merdeka! — The Jakarta Post/Asia News Network 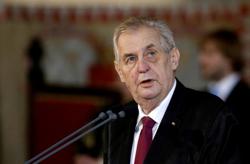