‘Who says Islam can’t be cool?’

WITH his biker vest and stern face, you’d be forgiven for thinking he’s a character from the hit TV series about a violent biker gang, Sons of Anarchy. Well, Vince Focarelli is really a member of a gang – only his “gang” comprises Muslim NGO Sahaba MC (motorcycle club).

Instead of running drugs or committing murder, Focarelli’s MC is spreading a message of peace and love among citizens of the world while battling Islamophobia. The patches on his vest represent a brotherhood, not a gang of criminals, he says.

“Who says only criminals can wear patches, anyway. The biker look is not meant to intimidate anyone, it is meant to attract people to the movement. Who says Islam cannot be cool!” the Italian-Australian says with a laugh during a recent interview at the Persatuan Pengguna Islam Malaysia headquarters in Kuala Lumpur.

“We ride big bikes and spread the message of love and unity. Helping all regardless of race, religion or background remains our top priority, ”

“Our main mission is to show the world the true Islam, not the perverted versions portrayed by terrorists and extremists.

“How, you ask? Well, simple, by helping others, Muslims and non-Muslims alike, through charity and community work, ” he adds. The patches on his vest represent a brotherhood, not a gang of criminals, says Focarelli.

Currently based in KL, 46-year-old Focarelli previously lived in Australia, and he cites an example of such community efforts in that country: Young men from his other NGO, Ummah United, volunteered during the recent bush fires in Perth.

“I was very happy they did that. It shows the world that Islam is really a peaceful religion.

“We are not trying to be heroes, we are trying to set the record straight. Islam has been given a bad rap due to the acts of the misguided, such as terrorists and fanatics. The emergence of terrorist group Islamic State made our work even harder, ” he notes.

Correcting the misconceptions people have about Islam is the main thrust of his work.

“Strapping on bombs or suicide vests and killing yourself is wrong in Islam, it is a major sin. The same goes for taking an innocent life because, as it says in the Quran, if you kill an innocent life, it is like you are killing the rest of humanity, ” says Focarelli.

“There are also barbaric cultural beliefs in certain tribes, such as victimising woman and forcing young daughters to marry. This is is not the Muslim way. Allah says in the Quran you cannot marry women against their will. We have to show that this is not what Islam is about.”

Sahaba MC comprises adult members while Ummah United is specifically for the youth.

“While efforts to attract youth to worthy causes are commendable, I felt that a new approach was needed.

“Instead of chastising troubled youth, we should nurture them and make sure they know that they are loved and that they matter. We must love our youth, not turn our backs on them. We must steer them away from the life of street gangs, ” he says. 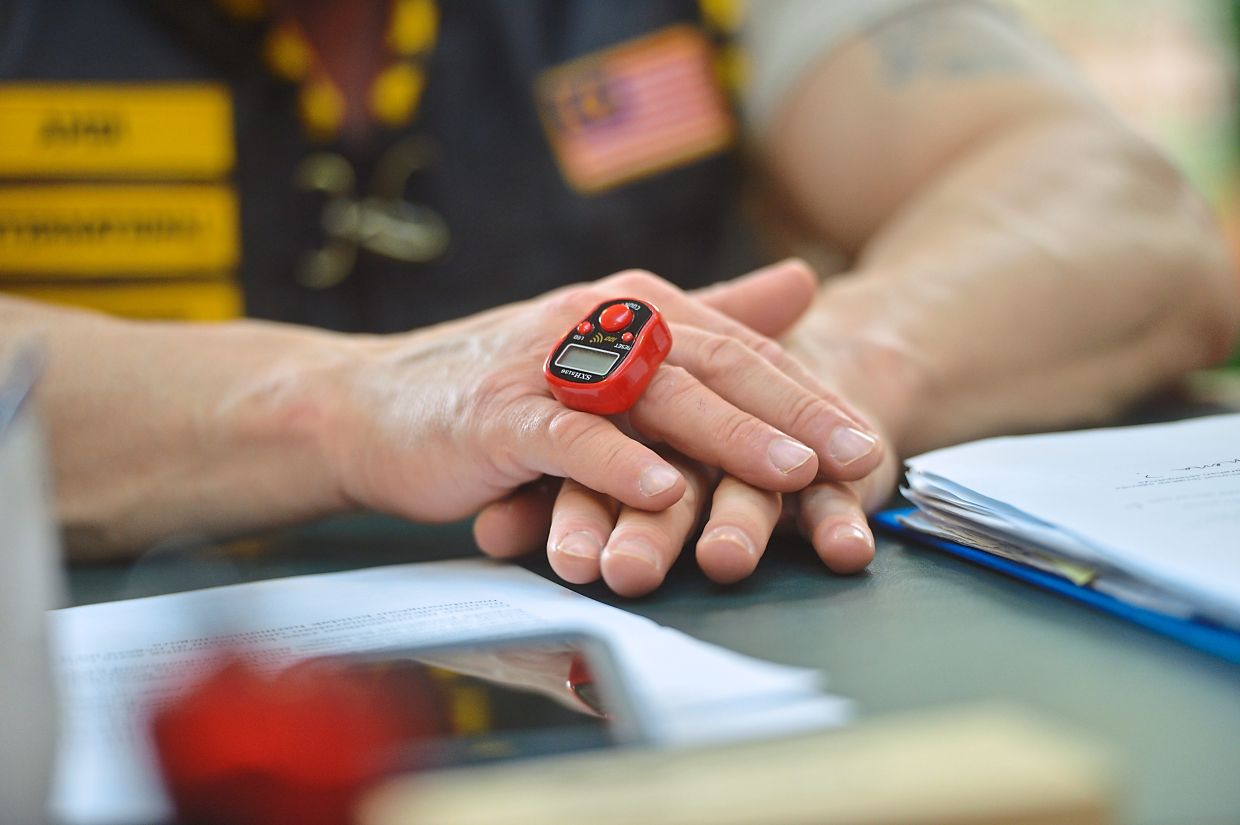 If anyone knows how to do that it’s former gang leader Focarelli, who was a feared and influential figure during his early adulthood in South Australia.

Originally hailing from Campania, Italy, Focarelli moved to Australia with his family when he was five after a massive earthquake in the Italian province in 1980.

“I began joining street gangs when I was a teenager before moving up the ranks and becoming a leader of a biker gang called Comanchero, ” he says.

He was involved in criminal activities such as drug trafficking and the illegal sale of firearms.

“Fights with rival gangs were just another day at the office back then. Gang members taking each other out was just part of the game.”

There were six attempts made on his life, including a bombing near his home – “Thankfully, none of my family members were hurt during that attack, ” he recalls.

Amidst a life filled with chaos and vice, though, something in Islam reached out to him and, with help from friends from Turkey, Focarelli converted.

But before he could turn his life around, tragedy struck when an attack on Focarelli in Adelaide in 2012 caused the death of his stepson.

“I was also shot four times but I managed to pull my stepson into a car. I tried to get him to hospital but he died on the way, ” he remembers with remorse, struggling to hold back tears.

Focarelli was held awaiting trial: “I could only watch my stepson’s funeral on television at the prison. That was the hardest thing I had to go through at that point in my life, ” he says.

Shortly after that, he was sentenced to 14 months’ jail on drugs and weapons charges. Before he could turn his life around, tragedy struck when an attack on Focarelli in Adelaide in 2012 caused the death of his stepson.

Swallowed up by grief and anger, the Italian turned to the Quran while he was incarcerated and found some solace.

“After I was released in 2013, I began going for prayers at the mosque and finally leaving behind my life as a gangster.

“The tragedy with my stepson really opened my eyes and I began to delve deeper into understanding Islam, ” he shares.

Focarelli started a new chapter in his life when he opened a halal restaurant in Adelaide, La Fig Cucina, in 2016.

“I prepared halal meals for customers and gave back to the community by helping others, including homeless people, ” he says.

Ultimately, Ummah United was formed to give back to the community in a more substantial way and to start dialogues with non-Mulims, Focarelli explains.

“We want youth to participate and show them what respect is all about. Not respect from gangsters or criminals but real respect out of love for and from others.

“We give them tasks such as mowing lawns, volunteering for charity – and not just charity for Muslims but non-Muslims as well, ” he says.

In line with pulling youth out of a life of crime and vice, Focarelli wants to set up community centres where young men can hang out; and he wants the centres to also be places where the rest of the community, including parents, can spend time in too, to connect with the youth.

“They will be open to both Muslims and non-Muslims, all members of the community.

“The centres will be equipped with areas for MMA fighting and a boxing ring as well as recreational areas with pool tables, foosball machines and big screen televisions.

“The best part is it will be free for all to use, as it benefits the community, ” he says.

Both Sahaba MC and Ummah United have been invited to establish chapters around the world, including in Britain, Denmark, Indonesia, Kazakhstan, New Zealand, Singapore, Southern Thailand, Turkey and Uzbekistan. The groups already have chapters in KL and Penang; in Australia, chapters are being set up in Adelaide, Melbourne, Perth and Sydney.

“Around the globe, we have strong support coming from hundreds of thousands of people, ” he says.

Focarelli finds it heartening that many people are throwing away their biker gang patches to join Sahaba MC, with some even coming from the notorious Hells Angels and Rebels.

Basically, Sahaba MC and Ummah United’s work is about honouring the teachings of Prophet Muhammad, who called on Muslims to protect others, including non-Muslims, Focarelli says.

“No matter the race or background, we will help those in need.”

Focarelli, whose Muslim name is Imran Asya Abdulsalaam, went back to Italy before emigrating to Malaysia in early 2017.

He is now a member of the Persatuan Pengguna Islam Malaysia (PPIM), another step in his journey as a convert or “mualaf”.

He came to know PPIM through its chief activist, Datuk Nadzim Johan and is now active in the group’s activities, including showing Islam for what it truly is, he says.

Focarelli has this message for the world: “When you see Sahaba MC or Ummah United members in your communities, approach them and begin a dialogue. Start a relationship, get to know one another.”

Don’t be afraid, either by the biker patches or thoughts that they are a criminal network or extremists. “We only want to love and give back to the community so that everyone feels peace when around Muslims.

“Even after I’m long gone from this world, such work will go on, ” he says. 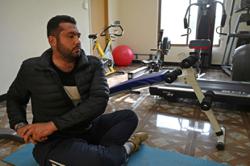