After the pandemic, put women first

By MELINDA GATES and DAVID MALPASS 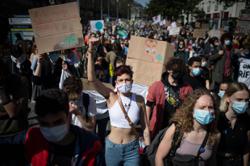 Women like 60-year-old Pia Ortiz tend to be heavily employed in vulnerable sectors like retail, restaurants and hospitality. — AFP

When the 2008 recession hit, few asked how stimulus measures would affect women compared with men. That approach won’t work for the Covid-19 crisis. As leaders face the enormous challenge of rebuilding post-pandemic economies, women must be at the center of their strategies.

In many countries, women have been hit hardest by Covid-19 lockdowns. In Latin America, for example, they were 50% more likely than men to lose a job in the pandemic’s first months.

Women tend to be heavily employed in vulnerable sectors such as retail, restaurants and hospitality. They also often work in informal jobs, from selling wares on the streets to sewing at home, that lack protections such as paid sick leave or unemployment insurance. When those jobs disappeared, women had no social safety net to fall back on.

Moreover, women can have an outsized impact on economic recovery, particularly in low- and middle-income countries. World Bank research, for instance, shows Niger’s per capita GDP could be more than 25% larger if gender inequality were reduced.

What can governments do? At least three broad areas deserve attention.

First, countries can accelerate the digitisation of government identification systems, payment platforms and other critical services, in partnership with the private sector. Economically marginalised women are often invisible to their governments. They are less likely to have formal identification, own a mobile phone or appear in a social registry.

While over 200 countries have developed social-protection measures in response to Covid-19, many have struggled to identify and deliver aid to informal workers, meaning many women continue to be overlooked.

Advanced digital systems can help identify women in need so they can receive cash quickly and securely. Direct cash transfers targeted to women in countries such as Indonesia, Nigeria and Zambia have already offered millions of women safer access to and increased control over funds.

India’s experience highlights the benefits of getting this right. Last year, the government was able to transfer pandemic-relief payments quickly to more than 200 million women in need because it already had sex-disaggregated data and a digital infrastructure, and these women had their own bank accounts. Governments can ensure that economic opportunities are equitably shared by broadening access to the internet, increasing mobile connectivity and building digital skills.

Second, governments can remove barriers to women’s full inclusion in the economy, whether as entrepreneurs or employees. In economies with the strictest pandemic lockdowns, women-owned companies were 10 percentage points more likely to close than those owned by men. That’s not surprising: Most women-owned businesses tend to be smaller — sole proprietorships or informal microenterprises with fewer than five employees.

Closing gender gaps in entrepreneurship would help reduce poverty, create jobs, and spur growth and innovation. Governments should thus target lines of credit and other forms of finance to women-owned businesses, boost the creation of e-commerce platforms to enable female entrepreneurs to access markets, and help business incubators to overcome biases when it comes to investing in women-owned businesses.

Employees, too, require multiple forms of support. In some countries, this may mean making public transport safer for women so they can get to work without fear of harassment. Elsewhere, laws and regulations need to be reviewed to prevent discrimination against women in the workforce. And all countries would benefit from appropriate family-leave policies and quality childcare supported by the public and private sectors.

Finally, governments must commit to ensuring a strong education for girls through at least secondary school. Even before the pandemic, the world faced a learning crisis: More than half of 10-year-olds in schools across low- and middle-income countries could not read and understand a basic text.

The pandemic has made things worse. Globally, more than 800 million students remain out of school and many poor students, especially in rural areas, have no access to remote learning. In sub-Saharan Africa, as many as 45% of children have been completely disconnected during school closures.

Girls face additional challenges to remote learning. If there is only one phone per household, for example, it is likely to be used by boys rather than girls, while a heavier burden of domestic work prohibits access to instruction for many girls.

Education is the key to future employment opportunities and women’s ability to have power and influence in their own lives.

As students return to school, countries need to ensure that both girls and boys reengage with the learning process. That will require investing in hybrid schemes that mix remote and in-person learning, while focusing on foundational and socio-emotional skills that will help children catch up.

True, most of these measures will require substantial investment, at a time when rising debt poses a major concern. But the best way to pay that debt back is to get economies growing faster and to keep more families from falling into poverty.

With the right policies, countries can rebuild stronger and more inclusively. As countries respond to the biggest challenge of our generation, they should view women as central builders of a stronger, post-Covid world. — Bloomberg

Melinda Gates is co-chair of the Bill & Melinda Gates Foundation, founder of Pivotal Ventures and author of ‘The Moment of Lift: How Empowering Women Changes the World.’ David Malpass is the president of the World Bank Group. He previously served as US undersecretary of the Treasury for international affairs. 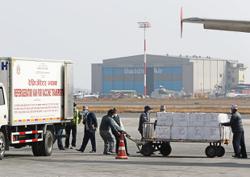 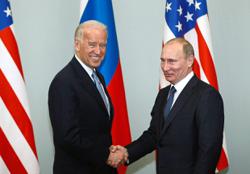