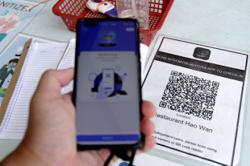 To strike a balance, many believe there is a need for more transparency as a reassurance that their data will be well cared for.

MANAGER Chloe T. preferred writing down details on a log book over contact tracing apps at first due to privacy concerns, but as the movement control order (MCO) extended, she eventually adopted national contact tracing app MySejahtera for its convenience and the concern of virus transmission through pen and paper.

“I am a bit worried about my data security. Even in my social media pages, my security is set to the highest levels. I do two-step verifications and authentications on a lot of things. I grew up knowing that data privacy was important but this pandemic makes me feel very uncertain. I’m not sure how best to protect that data but at the same time I also want to be compliant with the law and Covid-19 measures, ” she says.

“I cannot think of an alternative so I’m going with the current contact tracing systems. There were a lot of worries at first, I resisted for a long time but as the MCO extended, I recognise that this is now the new normal, ” she says.

However, with the MCO extensions now spanning more than seven months without a foreseeable end in sight, some Malaysians are growing concerned about the long-term accumulation of their private personal data during contact tracing recording.

Although they are worried about their personal data security, particularly since a protracted MCO and prolonged movement recording means data collectors will have an indicator of an individual’s travel habits, they also understand the urgent need for contact tracing and are complying with government-mandated registration in the premises they visit.

To strike a balance, many believe there is a need for more transparency as a reassurance that their data will be well cared for.

Says Chloe, “More transparency would be great. There’s no need to ask for ultra invasive settings or permissions on people’s phones I think. Just the bare minimum for contact tracing would be nice.”

Communications executive Priya L is concerned about her data security because on one hand, she recognises that apps can be hacked but writing down her personal details manually in a log book is not necessarily a safer option.

“There have been cases highlighted on social media where random people take down the numbers they see on log books and then text and harass their targets, ” she reveals.

However, Priya will continue to cooperate with contact tracing measures as the most critical thing to do now is to work together to curb the spread of Covid-19.

“I sometimes use contact tracing apps and sometimes I write it down so there is no one app that can be used to trace each and every one of my steps, ” she says.

“It’s not like the government doesn’t already have my data. It is just weird for me that the government will know exactly where I am going and what time I am there. Whether or not they use that information, the fact that the data is there makes me uneasy. It tells others about my daily habits, ” she says.

However, she commends the efforts taken by Malaysia in identifying and limiting infections.

“I suppose Malaysia is doing well in terms of contact tracing. I don’t know enough about how it is being done but so far it seems every time there is a case, they manage to trace and test the affected people.”

A content executive who only wishes to be know as Ken is also worried about data security in government-linked apps and requests for more transparency and details about how the app functions.

“I was in touch with someone who was later found to be Covid-positive. Even though I registered the location with MySejahtera, the app didn’t alert me and MySejahtera didn’t contact me. I was instead contacted by the Health Ministry directly as my friend had given the ministry all our names, ” he says.

Ken says reassurance from the authorities that the data will not be misused is not enough for him, and he would like for the Personal Data Protection Act (PDPA) 2010 to be amended to include federal and state governments and not just commercial entities.

One fear he has is of the data being potentially misused for political purposes and research on the habits of people in electoral districts. 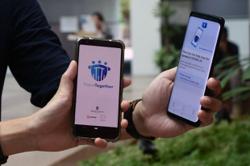