World News Day: Why journalism matters to our cause 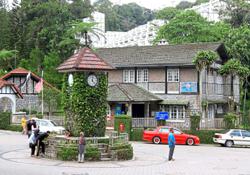 FOR the past two months Persatuan Alam dan Warisan Bukit Fraser has been battling a new development that is threatening the future of Malaysia’s beloved hill station with the most endemic species.

Fraser’s Hill was almost forgotten – in fact, I remember reading an article that completely left it out when highlighting highland resorts in Peninsular Malaysia. That is the power of journalism: You can erase something or you can shine a light on it. In fighting this cause, we are grateful that there is such thing as journalism.

I also sensed genuine concern and a sense of care and responsibility from the reporters who reached out.

Some of those who didn’t reach out also displayed commendable effort in telling the story well for it to be impactful. The very first media portal that picked up the issue literally copied the statement on our petition. That was the first time in my life that I was happy to be “plagiarised”.

The number of times I get annoyed reading news reports that are copied and pasted from one agency to another and the number of times I am disappointed that my own press releases are merely published word for word should be enough to put me off journalism in this day and age, but that is not the case.

While there are bad habits among some journalists, the crux of the matter is that journalism plays a great role in moving and shaping the world.

The truth is that the letters we sent out to every relevant authority and the developer in our campaign would not have been sufficient to catch their attention. I know this because the first thing the developer’s group chief executive said to me when we met was, “Why did you make so much noise?” I couldn’t think of how else we would have been considered as making “so much noise” other than the daily news reports by a newspaper that highlighted different areas of the issue – and that was completely on its own initiative.

Watch Fraser's Hill, A Precious Gem on The StarTV. We actually expected more responses after sending out our media statement. While some news agencies picked it up, including a radio station and a TV news channel, many did not, and surprisingly or not, none of the Malay national newspapers have reported about the issue to this day.

It goes to show why some issues, though important, are never highlighted and never have the chance to be considered simply because journalists are not interested in them.

In the case of an environmental issue like ours, it is not considered as pressing by some, even though the wellbeing of humans and wildlife is threatened.

While it would be great to have more news coverage, what has been published so far, including in these pages, have really helped the cause.

Fraser’s Hill is once again in the public eye and the facts arguing against this new development seemed to have been taken seriously by the Raub District Council, though not in deciding against the 15-storey hotel that will destroy and change the hill – that could still happen unless a higher power decides against it.

Happy World News Day to all news reporters, especially each and everyone of you who has written about and highlighted our cause, particularly the two reporters who have kept on it tirelessly. We are truly grateful.

Nik Jassmin Hew is chairperson of Persatuan Alam & Warisan Bukit Fraser (PAWBF). The views expressed here are solely her own.

Appreciate Fraser’s Hill for what it is 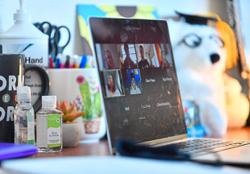