MORE Malaysians are keeping themselves active these days – and that’s good news for the heart.

But for those who are restarting their exercise routine after a prolonged period, be sure to get back on track gradually to avoid putting too much strain on the heart.That’s the advice from National Heart Institute (IJN) cardiovascular sports and fitness director Datuk Seri Dr Jeffrey Jeswant Dillon.

In July, it was reported that four people died of cardiac arrest while exercising.

This was following the re-opening of selected public parks in June, allowing people to exercise outdoors during the movement control order (MCO).

“The enforced partial lockdown during the MCO may also play a role in exacerbating heart problems among those who restart exercise after a prolonged period of inactivity. 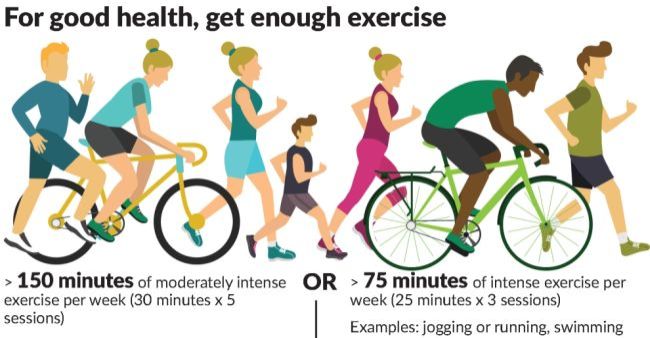 “Just like the skeletal muscles in our body, our heart muscle undergoes ‘deconditioning’ due to lack of exercise.

“When called upon to perform suddenly after a period of inactivity, it may struggle to cope with demands of exercise, ” explains Dr Jeswant, who is also a senior consultant cardiothoracic surgeon.

As such, he calls upon Malaysians to restart exercise rationally – starting easy and gradually increasing the intensity over time as opposed to pushing the limits from the onset.

“We advise to be prudent and be safe when returning to physical activity, ” he says.It was reported that a 49-year-old man was pronounced dead at the Penang Hospital on June 8 from cardiac arrest while another man suffered a similar fate while hiking at the Penang City Park.

Later that month, an elderly man also died after he collapsed while trekking up to the Cherok Tokun Hill in Bukit Mertajam while a 56-year-old man collapsed while working out at the Ayer Itam dam.

“Evidence from elsewhere suggests that these conditions occur rarely, in one in 100,000 to one in 300,000 athletes, and more often in males, ” she says.

Nevertheless, Dr Jeswant notes that there have been cases of sudden death when the person was playing football, futsal, endurance sports like long-distance running and cycling, swimming, and even golf.

“Autopsy findings point to sudden cardiac arrest as the cause of death, ” he says.

Among young people, Dr Jeswant says the main causes of heart diseases are either inherited conditions like coronary artery anomalies, or due to acquired factors like unhealthy lifestyle.

“It is not uncommon these days to see patients in their 30s with blockage of coronary arteries.

“We recently treated a 22-year-old male who suffered a heart attack after playing futsal, ” he shares.

Dr Jeswant says the spike in cases is because of more awareness among the public, leading to early screening, especially for those with a family history of juvenile heart disease or sudden deaths among young relatives.

“Another reason is largely due to unhealthy choices such as poor dietary habits, smoking and sedentary lifestyles, ” he adds.

On a brighter note, Malaysians, in general, are getting more active as shown in the National Health and Morbidity Survey 2019.

As being physically active is good for the heart, Dr Jeswant debunks any misconceptions that sports are the cause of sudden cardiac arrests or heart disease.

“Being active is protective against the development of cardiovascular diseases like heart disease and stroke.

“Sports by itself does not kill those with normal healthy hearts but the physical activity may act as a trigger for sudden collapse or cardiac arrest in those who have underlying heart disease.

“Rest assured that these occurrences are not common.

“There are certainly many benefits of exercise on the body and mind that offsets and overweighs the risks that may be associated with it by far, ” he explains.

Urging Malaysians to reap the benefits of a healthy lifestyle, Dr Jeswant says the ultimate goal is to enjoy sports and exercise safely.

“As the adage goes, even a little is good, and more is better, ” he adds.