Look after your heart even if you’re young, say ex-patients

HE’S a national cyclist, with a fit and lean frame – not someone you would think to have heart problems.

But Mohd Zamri Salleh, 36, suffered a heart attack in August last year, when he fainted while competing in the Oita Urban Classic road cycling race in Japan.

“At that time, I was told that I just didn’t get enough rest. Previously, I didn’t experience any signs of heart problems at all.

“When I returned to Malaysia, I conducted a full check-up and nobody diagnosed it as heart disease.

“But still, I suffered chest pains. Two weeks later, I went for some checks again and it turned out to be issues with my heart.

“One of my blood vessels was 100% blocked, ” says Mohd Zamri, who has a family history of heart problems.

After going for treatment at the National Heart Institute and recovering for a month, he is back on his bike and feels like his normal self.

“I only have one hope – that the attack will not happen again, ” says Mohd Zamri, who is currently part of the Terengganu Pro-Asia Cycling Team.

“The heart is the most important organ. We have to take care of it.

“It is not impossible for younger people to get heart disease these days.

Another former heart patient, Wan Hartini Wan Ngah, went through a bypass surgery two years ago when she was 38.

While she exercised by running at least once a week, her cholesterol level was high.

After feeling constantly tired, she went through some checks and the doctor told her to go for an angiogram to scan her blood vessels.

“I didn’t do it immediately as I had to travel to London and Paris at that time for work.

“However, after I returned to Malaysia, I suffered an attack when I got heart palpitations and my hands started shaking non-stop, ” she recalls.

Wan Hartini found out that she had three blockages and had to undergo open-heart surgery.

Fortunately, she has since recovered and is back on her feet, and even enjoys hiking.

“I’m grateful for the second chance to see the world up. Heart problems can happen to anyone.

“I urge everybody to control your cholesterol levels, exercise regularly and don’t put yourself under too much stress, ” she says, adding that medical check-ups should also be done regularly.

Also thankful for a second lease on life, Shaffik Affandi, 40, says lifestyle choices play a major role in our health.

“I was an active person, playing sports like volleyball and running, but I was quite a heavy smoker.

“I believe that was the main reason for my problem. So, one day I felt dizzy and had slight chest pain.

“I went for a series of check-ups and found out that I was in desperate need of a bypass surgery, ” says the human resources consultant.

“Most importantly, I’m now an ex-smoker. I save around RM500 a month from not smoking, ” he adds. 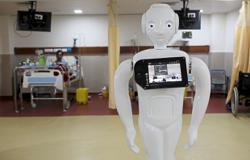