‘Talk to your children’

By SANDHYA MENON and CHRISTINA CHIN

“Sexual health education should start at home. What is taught in school is worded in more scientific terms, and merely puts what children learn at home into context.

“Parents must play their role well in inculcating family values so that trust is built.

“When children understand what is expected of them, they will refrain from doing what will disappoint their parents,” she said, while stressing the importance of a strong parent-child bond.

Encouraging children to have close and trusted friends who are known to the family ensures peer support is available, she added.

Parents should, however, make sure that they themselves are equipped with accurate information that is grounded in science and biology before broaching the topic with their children, said Women’s Aid Organisation capacity building officer Adelina Zulkifli.

Parents, she said, should steer away from perpetuating false beliefs and taboos that can cause further stigmatisation and internalisation of sex and sexual health topics.

Only then can proper conversations with their children be initiated, she said, suggesting that parents can approach the topic in a way that makes their children feel comfortable and secure.

Talking about such topics at an earlier age, she said, will encourage children to share and open up to them confidently as their bodies change and they start to mature physically.

“This will create a cycle of healthy discussions about sex and sexual health which will be helpful for when children hit puberty.”

An incident involving two primary school pupils went viral early this year, leading to an online debate over the role parents play in being vigilant with their children and educating them about the sexual health and reproduction.A mother to a Year Three pupil had found a love note in her daughter’s schoolbag and shared it on social media.

The concerned parent later told mStar that the note was from a classmate and it included drawings of the boy and her daughter lying on a bed together and of him peeping at her while she was using the toilet.

The family medicine specialist and Universiti Malaya senior lecturer advised parents who are uncomfortable to familiarise themselves with the topic.“Read, watch educational videos or get parenting tips on social media so that you are mentally prepared. The Internet is flooded with content for us to learn from but you have to choose wisely.

“I love listening to Datuk Dr Harlina Halizah Hj Siraj@Hj Ramli on the radio and on YouTube because she makes parents aware and feel confident enough to talk to their kids.“Use correct terms like penis and vagina instead of ‘bebird’ or ‘pipit’.

“If we do not teach our kids, someone else will but the message delivered may not be correct. So, we have to make sure that we reach our kids first before they are exposed to bad influences,” the mother of four shared.

Dr Nur Amani also suggested parents get help from a professional, a relative or a trusted friend if they are not equipped to initiate such conversations themselves.

“Grandparents can sometimes be of help or you can sign your kids up for sexual health education courses – there are many that are tailored for children nowadays. Use books to help explain things. Reading together with your child makes talking about it easier,” she added.

Sexual health and reproductive education can start when the child is able to communicate with their parents, she said.

“As soon as your child is able to understand you, the conversation can begin. I tell my kids that their bodies are a gift from God that must be protected.

“I started talking to my sons and daughters about their body parts, what a ‘safe touch’ is, what can make them uncomfortable and what to do if they sense that something is not right, when they were between the ages of two and three. Building trust is important.

“One day, my daughter who was seven at the time told me that a boy her age had touched her thigh over her baju kurung on the way to school and it made her uncomfortable. We use the service of a transporter so I told the driver to make sure that the two were not seated together again. I also had a word with their teacher and the boy’s mother,” she said, adding that it is important to acknowledge children’s fears and concerns so that they know that they are protected and that their parents care.

Stressing the importance of monitoring what kids are watching, Dr Nur Amani cautioned that the ease of using search engines means that they can inadvertently be exposed to inappropriate content.“Sometimes out of curiosity, kids will explore and watch these videos. We need to have regular discussions with them so that we are aware of what they are feeling. Be tactful.

“When the kids are older, parents can address issues like premarital sex, which I tell my kids is forbidden in Islam, the dangers of promiscuity, unplanned pregnancy and sexually-transmitted infections,” said Dr Nur Amani who often gets invited to conduct talks on sexual health and reproduction education in primary schools.

“I tell pupils between the ages of 11 and 12 that respect between boys and girls is important.

“Parents can also volunteer to give sexual health talks in schools. Do not segregate the girls from the boys because they should know about the opposite gender’s sexual organs and functions,” she said, adding that “real education” starts at home.What children learn at school will reinforce what they have already learnt from their parents.

“Teachers will mostly delve into the science aspect,” she said.

Recently, a 24-second clip of a boy looking sheepish while learning how to put on a condom went viral, mStar reported on July 21. The student, who was believed to be from a secondary school in Sarawak, was putting the condom on a bottle while his teacher and male classmates looked on. The video drew mixed reactions from netizens with some preferring that such sessions be taught only in theory.

National Union of the Teaching Profession (NUTP) secretary-general Wang Heng Suan said times have changed, whereby students, including young primary school pupils, know more about sexual education than their teachers.“Teachers can teach sexual health and reproduction education effectively but children today are more tech savvy than their teachers. So whether or not something is taught in the classroom, they will look it up online and learn from there.

“One way forward is to come up with training courses for teachers to upskill their delivery methods,” he said, adding that parents too have to closely monitor their children’s digital habits. — By SANDHYA MENON and CHRISTINA CHIN 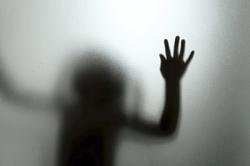 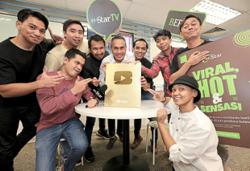