‘Address key issues in next blueprint’

What the future needs: The development of regional education hubs such as EduCity Iskandar, where the author’s institution is located, can help level up the nation.

Rather than trying to do too much, the new edition should adopt a more focused approach

THE Malaysian Education Blueprint 2015-2025 (Higher Education) is coming to the end of its term, which can only mean that the Higher Education Ministry (MoHE) is in the midst of preparing the next blueprint which, one would assume, covers the period from 2026 to 2036.

These shifts represent what was considered at the time a smorgasbord of the key issues facing Malaysia’s higher education landscape. And many of these shifts remain as relevant today as they were then.

The challenges facing higher education in Malaysia and many other countries, are deep and complex. Rather than trying to do too much, the next blueprint should adopt a more focused approach that prioritises a select number of key strategic and structural issues in Malaysia.

International students bring not only greater diversity to the classroom, but also significant economic benefits.

At some universities, international students make up 20% to 30% of the student population, hence becoming an essential source of income for financial sustainability.

The current blueprint targets 250,000 international student enrolments by 2025. The MoHE Statistics Report 2021, however, indicates a total of only 131,255 such enrolments.

Even after considering the effect of the global Covid-19 pandemic, there remains a significant shortfall between aspiration and achievement.

The MoHE Statistics Report 2021 indicates an unemployment rate of 19.7% for those graduating from private higher education institutions and 11.8% for those from public universities.

While the figures may not seem so bad in the context of a global pandemic, they may mask the true picture of underemployment.In the United Kingdom, the government is considering radical and somewhat controversial reforms that require universities to meet minimum thresholds of graduate employment outcome for the courses that they offer.

The next blueprint should explore new solutions to what has become a recurring problem. One possible initiative is to incentivise students, possibly via the National Higher Education Fund Corporation (PTPTN) loan system or through bursaries and grants, to study programmes in areas where there is an urgent skills shortage such as identified in TalentCorp’s Critical Occupations List.

In recent times, several local universities have performed well in global rankings. There is, however, a danger that these rankings end up becoming the goal, rather than a measure by which universities can make informed decisions about their research.

It is notable that Chinese President Xi Jinping recently encouraged China to establish its own measures and standards for a world-class university.It is also interesting that in the UK’s recently concluded Research Excellence Framework (REF) exercise, universities were asked to submit evidence not only about the quality of their research, but also the impact of their research beyond academia, documented in the form of case studies. The REF effectively produced an overall report card, rather than ranking, about how well individual universities were performing in their research.

The next blueprint should consider how research conducted at universities in Malaysia translates into real-world impact and supports innovation either on a local or global scale.

Going forward, research funding could be allocated to research projects that offer the most promising impact.

Universities are a catalyst for regional economic development, helping to boost local economies and communities, and attracting investment into the area.

Unsurprisingly, there is a large concentration of higher education institutions in Kuala Lumpur and Selangor, which reinforces the region’s status as the economic hub of the country not unlike how London is the hub of the UK.

This, however, leaves other states in the country underserved and underdeveloped, and therefore perpetually lagging.The next blueprint should give some thought into how higher education can be used to level up the nation in a more equally distributed way.

Some possible measures include the development of regional education hubs such as EduCity Iskandar, where University of Reading Malaysia is located, providing incentives for students to study in underdeveloped states, and earmarking a certain proportion of research funding to universities in these states.

Prof Wing Lam is the provost and chief executive officer at University of Reading Malaysia, an international branch campus of University of Reading, United Kingdom. He has held a variety of academic positions in Malaysia, Singapore and the UK. Prof Wing completed his PhD in computer science at King’s College London in 1994. He has published over 80 peer-reviewed articles and journals. His current areas of research interest include technology and innovation. The views expressed here are the writer’s own. 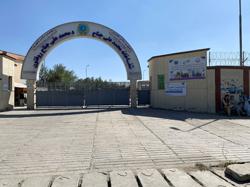