‘Better to fail than pass by cheating’ 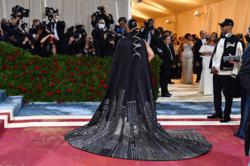 Plagiarism: Copying from their friends or from other sources without giving credit is often due to students’ writer’s block, lack of ideas, ignorance, fear of failure, or plain laziness. — 123rf.com

RECENTLY, American fashion brand Ralph Lauren was called out by netizens for imitating a design by Malaysian couturier Datuk Zang Toi. The design in question was of a custom outfit worn by American singer-songwriter Alicia Keys featuring the New York City skyline at the Met Gala 2022.

Toi, who is noted to have unveiled the design in 2009, responded rather brilliantly by saying he was flattered to have a big fashion brand imitate a design by a “small-town boy from Malaysia”.

He saw it as proof of his innovative capabilities as a designer. Kudos to him!

Having followed this most interesting Twitter thread, I was reminded of my time as a schoolteacher when some students would copy their friends’ work (usually essays) and hand it in as their completed homework.

Some of these students copied the essay wholesale, while others tried to be more “creative” by changing the names of characters or rearranging the sentences. Usually, such efforts came to naught and everyone would be in hot soup.

For those young students, the act of copying bits of work from their friends or parts from other sources without giving credit was probably not done in bad faith.

It was often due to a combination of factors – writer’s block, lack of ideas, ignorance, even the fear of failure, or just plain laziness.Nonetheless, it became a learning moment for them when they were told that the act was plain wrong and worse still, tantamount to stealing (of ideas and words).

Education is not just about completing assignments and passing examinations. Instead, it is also about building a culture of honesty and integrity which takes us through life.

It is about embedding a sense of pride in the originality of our work, being accountable for what we produce and cultivating the honesty that comes with academic pursuit and enlightenment.

This important ethos must be imparted to our charges while they are young and there’s still the opportunity to mould them in the right way and to set the right examples for them.

Let them know it is better to fail and learn by repeating the subject or redoing the homework than to pass by cheating and passing off someone else’s work as their own.

They could be impressionable. However, if left unattended, it could lead to grave long-term consequences.

Sometime in 2016, 200 professors from several universities in South Korea were reportedly set to be indicted for alleged copyright violations. These involved the republishing of books by other authors in their own names and the perpetrators faced both big fines and jail time.

And in 2017, over 1,400 college applications were rejected due to plagiarism.

This problem is not unique to South Korea. It is happening everywhere, giving rise to software that specialise in identifying plagiarism in academic works.

According to market insights, anti-plagiarism services were estimated to be worth approximately USD$700mil (RM3,075mil) in 2019 and will grow into a USD$2bil (RM8.79bil) industry by 2027. This is quite depressing as it suggests efforts to combat plagiarism are failing.

The pressures of education systems and high-stakes consequences around the world have had another impact on our students: they have caused real creativity to suffer.

A vicious cycle of sorts, when creativity suffers, it causes the lack of original ideas, innovations and discoveries being produced and this, in turn, leads to the motivations behind plagiarism.

Sir Ken Robinson in the preface of the 2011 book Out of Our Minds wrote: “The more complex the world becomes, the more creative we need to be to meet its challenges.”

While most people understand that creativity leads to success, most education systems have not adjusted to this idea.

According to Sir Robinson, “schools kill creativity” or rather, as he puts it, “we get educated out of it” – again, referring to the challenges faced, not the pursuit of knowledge per se.

Prof Dr Elizabeth Lee is the chief executive officer of Sunway Education Group. A veteran in the field of private higher education, Prof Lee is also an advocate for women in leadership. She has been recognised both locally and internationally for her contributions to the field of education. The views expressed here are the writer’s own. 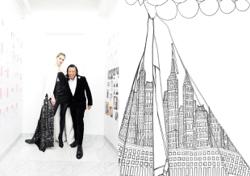 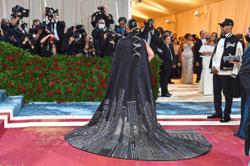