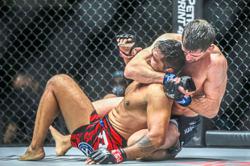 Proud moment: Sathishaa standing in front of her portrait at the National Gallery of Ireland.

WHAT started out as a university project ended up being an exhibit at the National Gallery of Ireland.

Hailing from Subang Jaya, the third year Dublin City University journalism student said she was working on a photojournalism project in February last year when her lecturer insisted she submit a MMA photograph she had taken for the competition.

“Knowing that this competition was a huge deal and almost impossible to even be shortlisted, I submitted my artwork with no expectations, ” she told StarEdu.

A novice at sports photography, Satishaa held on to her late grandmother’s advice to grab opportunities as they come.

Her leap of faith led her to winning three awards, including the Highly Commended Artist.

Shocked by the announcement during the virtual ceremony, Sathishaa said she was grateful for the appreciation shown towards her artwork.

“It’s a funny feeling when you are appreciated and even more so when you have come to a foreign country all alone.

“The feeling of having to start a journey without friends and family by your side, and to work hard at getting your name out there, is hard to describe.”

The photograph, she said, was taken after Logan lost a fight to his opponent with a submission by rear-naked choke.

“Closer examination shows details of bruises on his face and red marks around his eyes from the fight.

“The darkness around the subject represents the fighter’s darkest hour while the light on the subject’s face shows the determination for redemption, ” she explained.

She has already been approached by collectors interested in owning her work.

Dedicating her achievement to her late grandmother, whose last rites she could not return home for due to the Covid-19 pandemic, Satishaa intends to explore sport photography beyond MMA.

She received €1,500 (RM7,415) for her Highly Commended Artist award for the Zurich Portrait Prize. 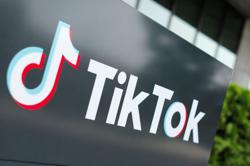 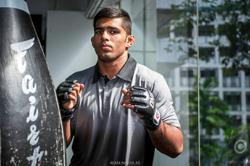