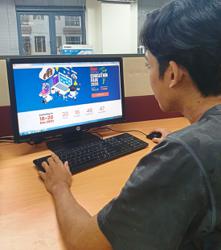 THE implementation of the two-week conditional movement control order (CMCO) has put a damper on plans and schedules which directly affect students, their families, educators and primary, secondary and tertiary educational institutions.

Although institutions have already had some experience from the first MCO, Malaysian Association of Private Colleges and Universities (Mapcu) president Datuk Dr Parmjit Singh said all institutions remain worried about the impact of a prolonged CMCO period on student enrolment, which had already suffered during the previous restrictions.

“We hope that the situation improves quickly so that normal activities can resume as usual after this two-week period is over.

“In this regard, it is best for everyone to comply with the standard operating procedures (SOPs) drawn up by the authorities to keep infections down, as well as for the safety and well-being of the entire community.”

Grateful that the Higher Education Ministry (MoHE) allowed external, international and professional examinations to proceed as planned, Parmjit said it was the right move by MoHE to bar student registration at public higher learning institutions.

“Mapcu feels it was done in the best interest of all students, their families and university staff.

“The hue and cry about the inconvenience is unfortunate but one has to imagine the eruption of multiple new clusters caused by the mass movement of more than 500,000 students and many more family members.”

He added that students who did not get to register to public higher education institutions could, at the very least, still spend time with family.

“In Great Britain, students are quarantined within their hostels and dorms and away from their families and loved ones, ” he said.

Meanwhile, at school level, Form Five students have been grappling with an uncertain Sijil Pelajaran Malaysia (SPM) trial examination schedule as trials have been postponed due to the CMCO.

John, a student from Selangor, said he was shocked and upset when he received news about the CMCO.

“Trial exams will be paused and it would further delay my scholarship applications. I am frustrated, but I’m a little relieved that I can revise more for the trials and hopefully score better results.”

He added that after the shock of the news subsided, he changed his mindset.

in March. Annie, a student from Kuala Lumpur, was upset and demotivated when informed that the CMCO was going to be implemented.

“I started panicking about having trials delayed when it was just round the corner.

“And I don’t want to go back to online classes because it wasn’t effective.

“After some thinking, I pulled myself together and focused on scoring well for SPM. I am determined to continue waking up early to revise my entire syllabus and complete all my workbooks and schoolwork.

“Now, we’ve got no idea about our future, so we’re just going with the flow, ” said Annie.

The CMCO has also been a bummer for teachers, who have to resort back to online lessons, which many agree is not effective.

Noting that teachers will forever face challenges when online lessons are involved, Murugan, a teacher from Selangor, said the limited or lack of Internet access in both urban and rural areas is the biggest problem.

However, the optimistic veteran teacher said: “The disruption to the teaching and learning process can be easily overcome as we, teachers, already have a scheme of work and yearly planner to follow.

“So, we stick to the plan and get students to revise during this CMCO period.”

He added that a “break time” in the SPM trials could be what students need to revise for the subsequent papers that they are going to sit for.

“It gives them time. Emotionally, some might want to get it over and done with as quickly as possible but with an exam, time is of essence. Meanwhile, teachers can take this time to mark their papers.”

“There is no point complaining. We, as teachers, need to give students as much support as we can”

Rika, a teacher from Klang, reiterated that online teaching was still the bane for most educators but it isn’t as “terrifying” as the first MCO.

“I don’t think there is much disruption for the Form Five and Form Six students.

“The exam dates are already confirmed.

“Students are already either sitting or going to sit for their trial papers, so this means they should already be prepared for their exams.” 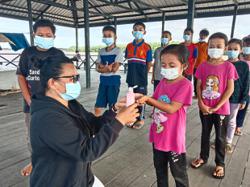