Way Forward: The private higher education sector is set to be revamped with a roadmap specifically created for them. — Photo: 123rf.com

The sector has been a big contributor to the country’s gross domestic product (GDP) and it is set to play an even bigger role in the country’s economy moving forward.

To date, PHEIs are home to more than half of the country’s tertiary education student population. The sector contributed RM31.5bil from tuition fees and cost of living to the Malaysian economy in 2018.

PHEIs, however, have had to face many obstacles and roadblocks which have slowed down their potential to progress. The ‘Way Forward For Private Higher Education Institutions: Education As An Industry (2020-2025)’ document was meant to address these issues.

In the document’s executive summary, the Education Ministry stated its commitment to ensuring that PHEIs move towards becoming a high impact industry-- competitive, innovative, productive, dynamic, progressive and vibrant. This is in line with the government’s vision of shared prosperity.

The development of the ‘Way Forward’ sends out a very important message – that finally, the industry is being accorded the status as the government’s equal partner in nation-building, he told StarEdu.

Parmjit, who was one of the key industry representatives involved in the drafting of the document, said it was created to enable the industry to fully realise its potential and aspirations in developing the country and in human resource transformation.

“While supporting the industry in enhancing its contributions to the economy as a key provider and exporter of services, the document emphasises that the policy, regulatory and governance landscape of our private higher education sector would have to be facilitative, empowering, impactful and value-driven in order for PHEIs to excel in the local and global context.”

The document, he said, was conceptualised during a workshop involving private higher education industry leaders and senior government officials held in March last year. After rounds of consultations, workshops and writing, the document was launched by the then Deputy Education Minister Teo Nie Ching in January.

Higher education has always been part of the Education Ministry until 2004 when then Prime Minister Tun Abdullah Ahmad Badawi separated the ministry into “Education” and “Higher Education”. The creation of the two ministries then was to ensure both sectors received equal focus as it was thought to be too unwieldy under one. In May 2013, his successor Datuk Seri Najib Razak merged the ministries. But in June 2015, the ministries were again split following a Cabinet reshuffle. The ministries were “reunited” once more following Pakatan Harapan’s win in the 2018 General Election. And the latest divorce came on March 9 when Prime Minister Tan Sri Muhyiddin Yassin unveiled his Cabinet line-up.

The move was to return the focus to the sector as the country seeks to achieve its 200,000 international students target by this year.

In order for the ‘Way Forward’ to achieve its objectives, there has to be an agile governance system in place, said Parmjit. This is one of the five key areas identified in the document.

The others are institutional sustainability, transformed delivery, innovation and teaching excellence, and internationalisation.

“Only after true reform is achieved through the imperatives and proposals outlined in this most important area, can everything else fall in place,” he said.

In the document, agile governance is said to strengthen the capability and functions of PHEIs and the role of the company in managing quality higher education providers. It enables organisations to make the right decisions, at the right time, with the right information. 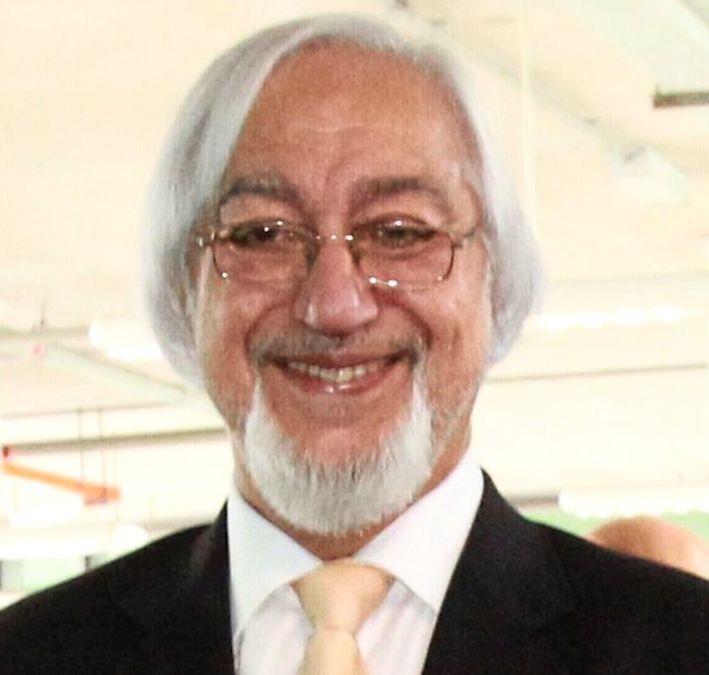 Parmjit: The document finally accords the PHEI industry the status that it truly deserves as an equal partner with the Government in nation-building.

Parmjit said this is important so that the institutions are able to fulfil their roles in nation-building as strong and sustainable corporate organisations.

“The swathe of regulations and governance structures imposed under the current law that governs PHEIs are no longer fit-for-purpose.

“An agile governance framework is seen to be the answer to enabling PHEIs to be unshackled from highly prescriptive regulations, thereby enhancing their ability to react speedily to changing external forces and to make the right decisions at the right time with the right information, as is expected of any well-run corporate organisation.”

Another key area defined in

the document is institutional sustainability.This will ensure that PHEIs establish a solid financial foundation so that they can be responsive, inclusive and sustainable in an increasingly competitive market.

PHEIs sustainability has been affected by poor student intakes and a drop in international student enrolment. These are the results of unconducive policies such as visa restrictions and changes in language entry requirements.

The ‘Way Forward’ suggests alternative financing schemes as well as public-private partnerships to be introduced to the PHEIs in order to reduce their financial burden. A new financing model for students is also anticipated to boost the student number in the PHEIs in the next few years.

Besides funding, Parmjit said the lack of autonomy is another issue affecting PHEIs’ ability to survive.

The Private Higher Education Institutions Act 1996 (Act 555) and the National Accreditation Board (LAN) Act 1996 — later superseded by the MQA Act 2007 — has been further tightened over the years.

The Private Higher Educational Institutions Act 1996 is the main legislation to regulate the establishment, registration, management and supervision of, and quality control of education provided by private higher educational institutions. Weaknesses in the law may hinder the growth and sustainability of the PHEIs.

“Under the existing regulatory frameworks, PHEIs have not been accorded sufficient autonomy as compared to their counterparts in the public sector.

“For example, the board of governors and senates of public universities are empowered, autonomous decision-making bodies, but the equivalent bodies within PHEIs are still bound by a myriad of regulatory requirements that have evolved over the years, despite there being sound basis for these decisions,” said Parmjit.

Regulatory approvals are required for most major decisions made within PHEIs, he said, and this results in the inability of PHEIs to react swiftly to the rapidly changing external environment, especially market conditions and employer requirements.

Although regulations are necessary to ensure academic integrity and quality of education provided by PHEIs, excessive regulations may stifle innovations.

While regulatory processes must still be in place to guarantee standards are maintained and legal requirements complied with, processes involving regulations and control should be efficient, optimal and lean to get the best performance.

“This is recognised and addressed in the document. One of the strategies outlined is for the respective education agencies to be less regulatory and more facilitative,” Parmjit said.

In line with the Shared Prosperity Vision 2030, the private education sector is committed towards economic empowerment and social re-engineering.

He pointed out that the document has an entire chapter on the commitment towards Shared Prosperity Vision 2030, which talks about inclusivity and access to quality education. 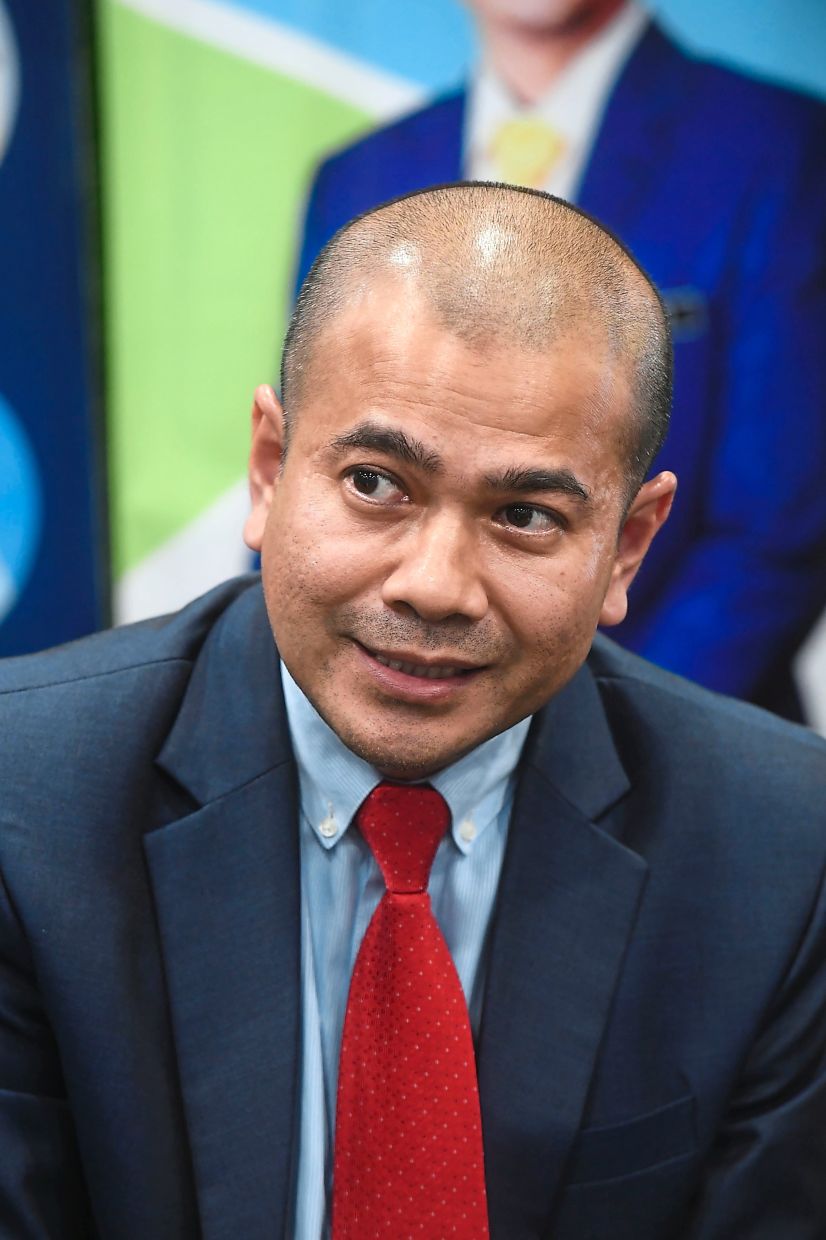 Dr Ismi Arif: I really hope that the PHEIs can continue playing their significant role in the education ecosystem.

The chapter states that education has been proven to provide upward mobility to the underprivileged, giving them access to a better life.

PHEIs play a significant role in increasing access to quality education and narrowing the socioeconomic gaps between urban and rural students.

The document states that PHEIs should widen the types of financial aids through scholarships, financial institutions, soft loans, waqaf, zakat and foundations.

“Inclusivity caters to the well-being of diverse groups of students in terms of socioeconomic background,” said Dr Ismi, who is from the faculty’s Development & Continuing Education Department.

Since Malaysia aspires to become a centre of international education, PHEIs must improve their image and branding to become more visible.

There are more international students in PHEIs compared to public universities.

As of last September, there are more than 1.25 million students pursuing their tertiary education in Malaysia, with about 70% of them enrolled in PHEIs.

Malaysia had targeted to have 250,000 international students studying in higher education institutions in 2025.

Problems have plagued the ministry’s efforts to attract foreign students to our shores.

To solve these, the document proposes increasing Education Malaysia’s brand visibility and international recognition as a provider of quality higher education.

PHEIs also have to boost the international students’ experiences in Malaysia by enhancing the ecosystem and amenities. All of these efforts would help attract new markets by increasing marketing support from other governmental agencies.

But costs have to be kept down so that the burden is not transferred to the students. If administrative processes remain bloated, it will lead to inflated fees. This will cause unnecessary burden to some students and their families, thus putting education even further out of their reach.Juggling costs while providing high-quality, high-impact and future-ready programmes, mean that PHEIs need to retain their top-performing faculty and support staff, while strengthening their academic programmes which must be relevant, sought after by students, parents and scholarship providers, and able to produce employable and future-proof graduates.

A framework for higher education institutions already exists in the form of the Malaysia Higher Education Blueprint 2015-2025 but the ‘Way Forward’ is a more focused, specially prepared guide for PHEIs, said Ismi Arif.

“This document is needed because it is specific. It takes generic strategies in the blueprint that are relevant to PHEIs and tailor-make them to the sector by spelling out how private institutions should respond and accelerate themselves,” added the academic whose core research area is in the higher education sector.

“I hope the PHEIs can continue playing their role in the education ecosystem – not as separate entities from the public institutions – but as collaborators of the government to form a synergy that can propel Malaysian higher education to become a significant sector for nation building.”
Article type: metered
User Type: anonymous web
User Status:
Campaign ID: 1
Cxense type: free
User access status: 0