With improvements evident in several key areas, the nation’s education system is heading in the right direction.

PRODUCING world-class students – that is the ultimate goal of the Malaysia Education Blueprint 2013-2025.

And if the blueprint’s 2014 Annual Report is anything to go by, the country is definitely on the right track to creating top-notch human capital who will drive the country towards further progress.

Some of the remarkable achievements he highlighted include 1,273 new preschool classes being opened and a higher enrolment rate in preschools nationwide. 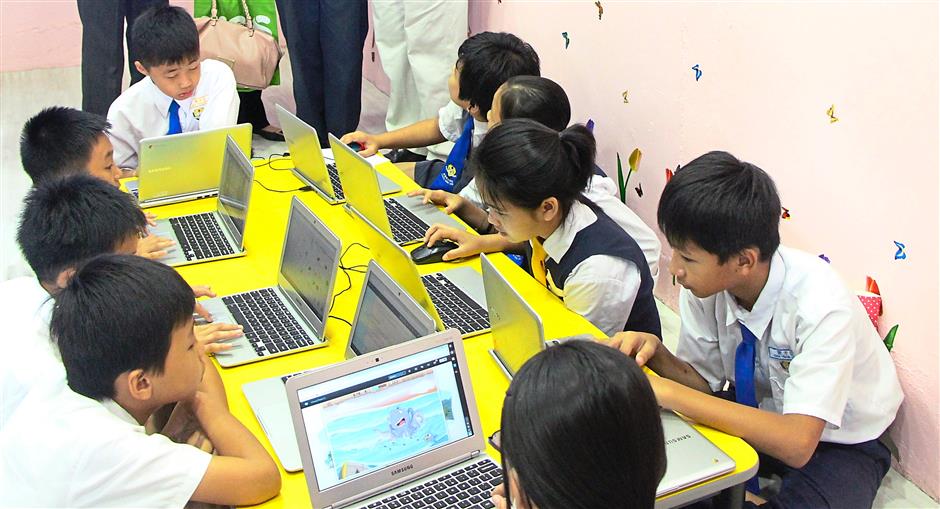 To improve the nation’s performance in the Programme for International Student Assessment (Pisa) and the Trends in International Mathematics and Science Study (Timss), the ministry came up with 62 intervention modules.

Ultimately, Muhyiddin emphasised that the yearly report was “not just a document to refer to”.

“The report was published to give a clear and concise explanation to the rakyat on the government’s efforts in raising the quality of our national education,” he said in his speech.

Here are more highlights from the blueprint’s 2014 Annual Report.

> Over 1.3 million pupils were tested in the Literacy and Numeracy test (LINUS) 2.0 programme.

> For Year Three pupils: 98.7% have basic literacy in Bahasa Melayu, while 98.9% have basic numeracy skills.

> English literacy was first introduced as part of the LINUS component two years ago. 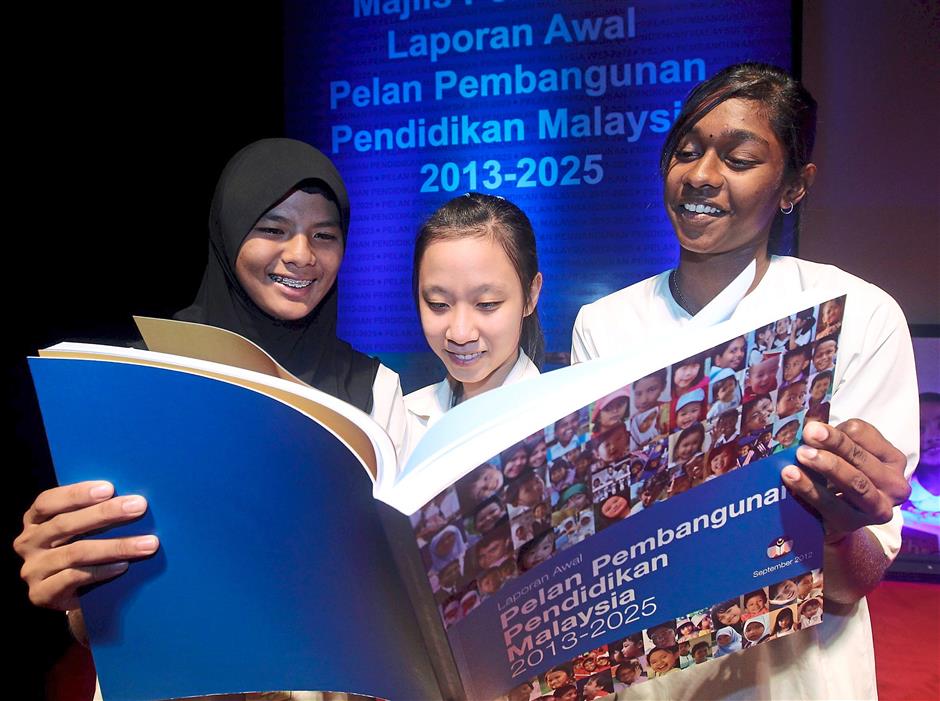 Into the future: (from left) Nur Izzati Akmal, Elena Goh Ling Yin and Kirthana Ramasamy looking at the Malaysia Education Blueprint 2013-2025 during the launch at the KL Convention Centre two years ago.

> Only the top 30% of students, or those with a minimum of 5As in SPM, were eligible to enrol into the Bachelor of Education programmes at Teacher Education Institutes (IPGs) nationwide.

> Potential candidates for principals and school heads are being identified under the National Professional Qualification for Educational Leaders (NPQEL) programme.

> There were were 82,848 teachers who were given training on applying Higher Order Thinking Skills (HOTS).

> There were 90 companies which signed on to be industry partners with the ministry last year, bringing the total number of companies to 208. 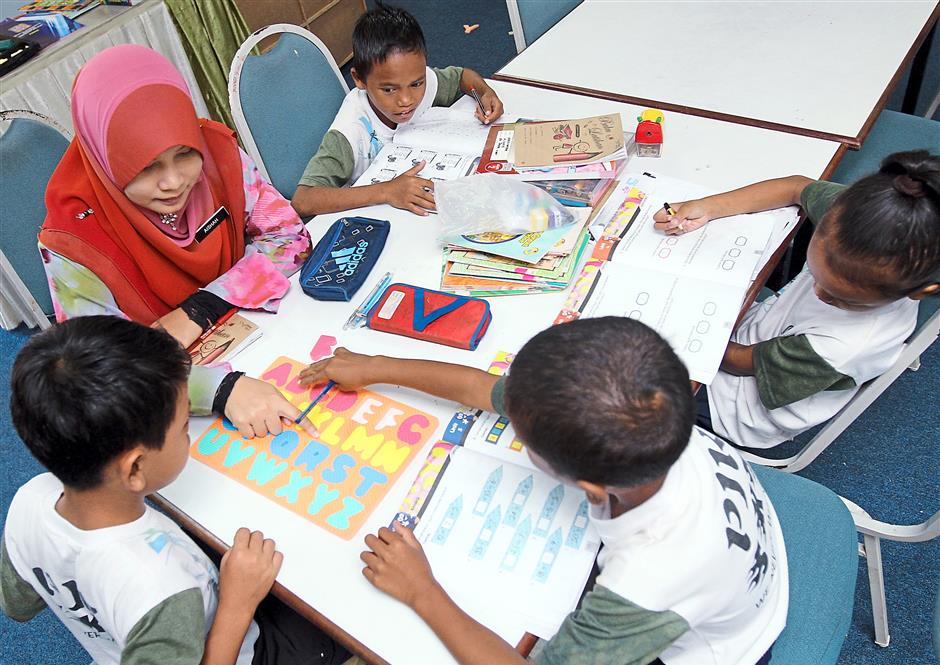 A helping hand: Literacy levels among primary school pupils are promising, and it is thanks to the tireless efforts of teachers like SK Tasik Chini teacher Nor Aishah Abu Samah, who takes on a hands-on approach with her class.

> The number of special education needs students in vocational schools went up from 518 students to 775 students last year.

> Enrolment of special needs students in the Inclusive Education Programme (PPI) doubled from 9.6% to 18.4% last year.

Now, 10,700 students out of 58,006 special needs students are studying in mainstream schools.

> Over 3,000 upgrading and repair projects were completed in 2,410 schools nationwide. 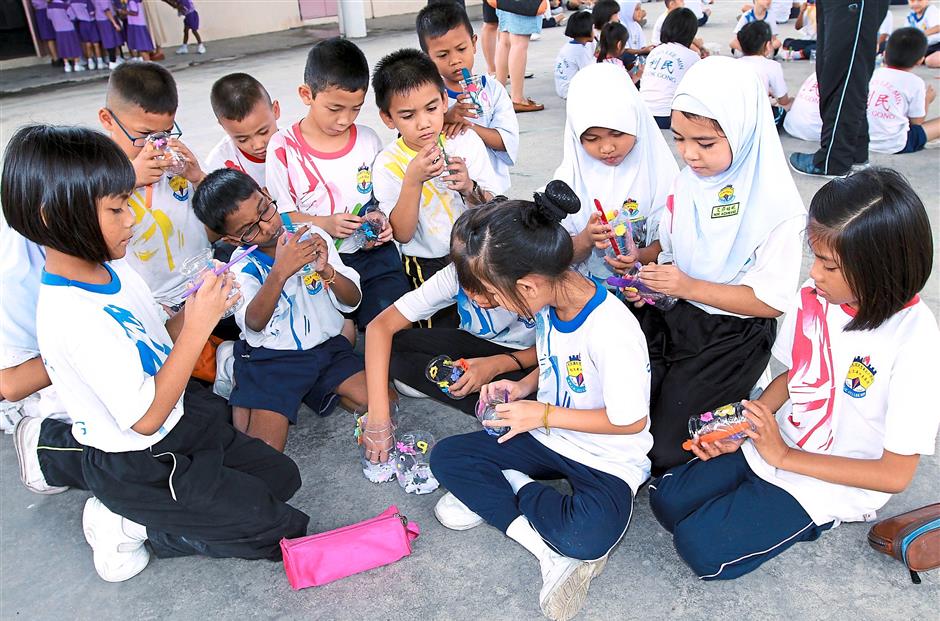 Unity in diversity: The government is making more efforts to encourage integration among pupils and students of all races in schools through the Rancangan Integrasi Murid Untuk Perpaduan (RIMUP) programme.

> Of the 1,191 “hotspot” schools – those with low passing rates for the Sijil Pelajaran Malaysia (SPM) English Language paper – 140 scored the national average or more for English in SPM last year.

> To create fun and exciting language learning experiences for students, the Education Ministry in collaboration with the United States (US) Embassy and Enfiniti Academy, organised two camps.

It benefited 224 students from 45 schools in Terengganu, Pahang and Kuala Lumpur.

> For the Form Three Assessment or PT3, the English Language assessment expanded to include listening and speaking skills.

It was developed with reference to the Common European Framework of References for Languages, with guidance from the Cambridge International Examination to benchmark students’ English proficiency levels with international standards.

> To build the teachers’ language proficiencies, 360 native speakers from the US, Britain, Australia and New Zealand were sent as mentors to 1,800 primary schools in remote areas.

> The Professional Upskilling of English Language Teachers programme benefited 10,502 teachers. It saw 2,244 teachers improving by one proficiency level, while another 166 improved by two proficiency levels. 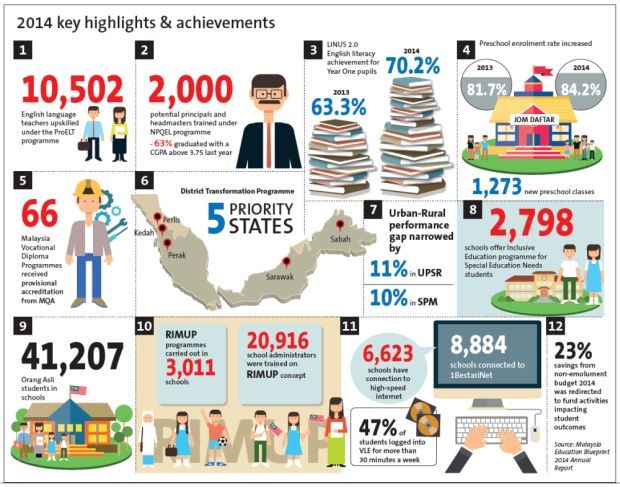 Related story:
Beneath the surface