All one needs to succeed in online marketing is a bit of imagination, perseverance and a healthy dose of self-confidence.

LIFE has dealt several blows to Edmund Loh, 21, but since he tapped into the new revolutionary edge of Internet marketing, things have taken a turn for the better.

Loh dropped out of secondary school due to family problems and struggled to make ends meet by working in a chemical manufacturing factory.

“I worked from Monday to Friday, and on weekends I went to college to study Certified Financial Planning,” he recalls.

“Money was a real problem and I had to work because mum could not get a job and my sister was still schooling.”

He had dreams of starting a business and even thought of setting up a burger stall but nothing materialised until the day his friend suggested Internet marketing.

“I used the money I had saved to start an online business. It was a big risk because the cost was in US dollars,” he says, adding that he did not make much sales in the first two months and had to drop out of college because of the financial strain.

Finally, he started making sales in the third month and has not looked back since.

That was in 2005. By 2007, he has sold audio products, e-books and membership sites online to mainly markets in the United States, Australia and Britain.

He is now dabbling in e-cover action scripts for graphic designers and will deliver print magazines (marketed online) soon.

From web html to sourcing products, Loh is a self-taught Internet marketeer who registered his own company, Amloh Enterprise, in 2006 and believes that one-man-shows like his have the potential to give big companies a run for their money.

... coming up with new products and selling them online. There are four stages to the business.

First, I have to identify the market, that is, the people I’m going to sell a product to.

I find out as much as I can about current or “hot’ topics – dating or wherever the money is – and come up with the right product to sell to retailers who, in turn, sell to end users.

But I don't make the products myself. Instead, I outsource. For example, if I decide to sell e-books, I get other people to write them.

Second, I do a pre-launch, similar to what production houses do in the months before movies are released.

I throw out teasers on my website to generate interest, give free reports on other product sites, and enlist the help of joint venture partners who have some degree of influence on the market.

Then there is the launch phase. Once a product has been launched, the first 72 hours are the busiest.

If you have generated enough interest, there will be a lot of traffic on your website and that is when most sales come in.

Lastly, there is the post-launch phase.

After launching a product, I have to ask myself: What do I do now to keep the sales going?

... checking email and surfing the Internet. Actually, my workday follows rather unusual hours – I may even start work at 6pm. I work on various time zones, with no fixed schedule, as my clients are located in English-speaking countries like the United States, Britain, Australia and some parts of Europe.

I'm constantly surfing the Internet, searching for contacts especially through social networking sites. Other than that, I watch anime (animations), play computer games and hang out with friends!

... a computer, of course, and Internet access. More importantly, you need skills to market your product.

Knowledge of html and computer programming is helpful but even these skills can be outsourced. However, no one can do public relations for you – you must be able to sell yourself and your product.

In online marketing, I don’t think many really care about your degree but I suggest that if you are planning to sell products related to professional fields like medicine or law, you should have some knowledge of your product.

The best person for the job is ...

... someone who does not mind sitting in front of the computer for hours and hours. And he, or she, must have a strong desire to achieve.

Prospects for the future ...

... are good because Internet marketing is becoming very popular in Malaysia.

Most of those involved are aged 30 to 40, or even older. There are not many young people doing this at the moment, but we have an advantage because what we lack in terms of experience, we make up for in energy and creativity.

We also know more about the needs of our generation. I foresee more young people marketing online in the near future.

Already, in some other countries, people as young as eight or nine years old are doing this.

... of the freedom it gives me. Why, I even have time for games and relationships.

What I dislike the most ...

... is nothing, actually. Maybe that is because I hardly focus on the downside. Usually, people who are very outgoing find it hard in the initial months because they have to spend a lot of time on the computer and may thus miss out on social life.

Definitely, some have become millionaires in their 20s.

But it is all up to the individual. 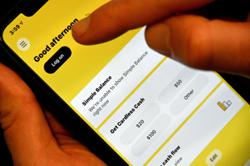