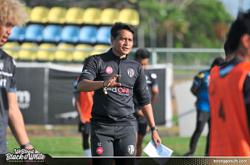 McDonald¿s Malaysia and the Turtle Conservation Society have participated in the Moving Minds Challenge.

LEO Burnett Malaysia, along with two of its clients, McDonald’s Malaysia and the Turtle Conservation Society, participated in the Moving Minds Challenge recently.

Launched by Moving Walls, this is Malaysia’s first interactive billboard campaign that will be displayed on a 200ft solid-state LED screen in Bukit Bintang.

The idea behind this competition is to create magical experiences that move the hearts and minds of consumers.

The interactive portion of this campaign comes through the participation of the crowd; they will need to whip out their smart devices, log on to the website stated on the billboard and follow the stated steps.

McDonald Malaysia’s Save the Sundae Cone campaign engages the public like never before, as they present the fun-filled task of saving a giant melting Sundae Cone ice-cream in the middle of Bukit Bintang.

The challenge is to save the Sundae Cone ice-cream from melting by spinning a fan on their respective smartphones. The more the participants, the quicker the temperature will decrease resulting in the ice-cream being intact.

McDonald’s has guaranteed that no participant will go empty handed as they will automatically receive a free Sundae Cone e-voucher on their smartphones. This voucher comes with a countdown timer, so participants will know how long they have to redeem their free Sundae Cone ice-cream.

The “Be A Hero” campaign by the Turtle Conservation Society of Malaysia aims to get a more emotional response from the crowd. Their interactive billboard will showcase a beautiful beach and ocean view which will pique the curiosity of passers-by. The engaging task here is to keep swiping the screen of their smartphones until the sand is gradually swept aside to reveal a baby turtle.

The hatchling on their phone will then crawl towards the ocean, appearing on the interactive billboard with a personalised message thanking the participants for helping the turtle hatchling to on their journey to the sea. Participants can choose to find out more information about turtle conservation, as well as be a real hero and save turtle lives by donating to the Turtle Conservation Society of Malaysia also known in Malay as Persatuan Pemuliharaan Tuntung, Kura-Kura dan Penyu Malaysia.

The overall winning brand will be given prominent airtime on the 200ft LED screen. The grand prize would get RM500,000 worth of airtime on any combination of Moving Wall digital sites, RM300,000 and RM200,000 for second and third prize, respectively, worth of airtime.

This campaign ends on Sunday. The prizes will be given away on Feb 20 to the best campaign as voted by the judges. 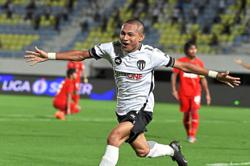