The Eagles, coached by All Black legend Tana Umaga, defeated Cobra 24-5 to clinch the title they last won in 2009.

Mohd Amin was the only try-scorer for Cobra as he rushed through the Eagles’s players and and went over the line.

Both finalists performed commendably in the semi-finals as well. 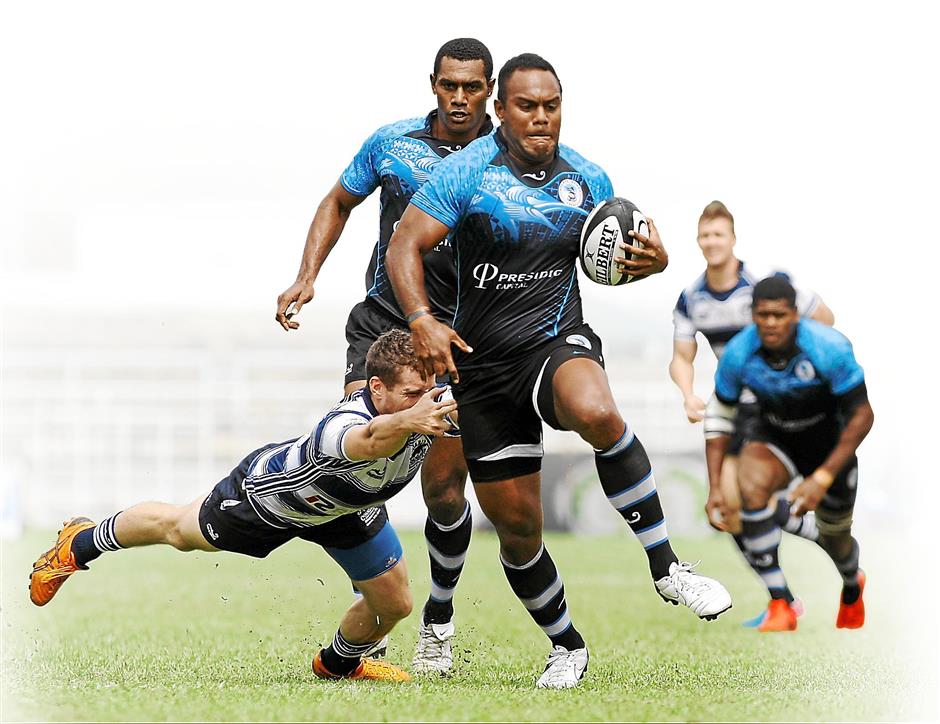 No stopping me: A Daveta player powers his way towards the try line.

Cobra, meanwhile, pulled off an amazing 8-5 win over HSBC Penguins after a gruelling encounter to nail down a spot in the final.

The South Africans had beaten Casuarina Cougars in the semi-finals 14-7, while NS Silverbacks got to the final by beating New Zealand’s Fiji Auckland 12-5.

In the Bowl final, Keris Conlay had to dig deep to beat 1NZ BDE in a nail-biting match, which the Malaysians won in sudden-death extra-time 12-7.

Keris Conlay qualified to the final after destroying local side team Sibu District 48-0 in the semi-finals.

The other Malaysian teams in the tournament were NS Wanderers and KK Sharks RFC.

The event was played on a four-group format, vying for the Hui Weng Choon Trophy and RM70,000 total prize money.

The winners and second-placed team from each of the four pools contested the Cup competition, while the teams that finsihed third and fourth in each pool featured in the Plate competition.

The losers in the Cup quarterfinals then dropped into the Bowl competition.

“The sponsors have enabled us to assemble a strong line up from seven nations. This has given the rugby fans here an amazing weekend of competitive rugby,” he said.