Unplug devices to save power 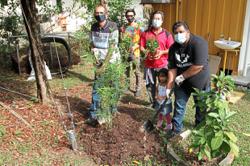 Solid advice: Khairul Anuar says the power strip can be used to cut out idle current and reduce bills.

Using energy-saving bulbs, turning off the lights and the air-conditioner are among the ways to trim the electric bill. One overlooked option is to unplug appliances when they are not in use.

He said that with the increase in the electrical tariffs, the council was looking for options for the people.

“We are looking at things that can be easily done at home to help save the environment and reduce the people’s electricity bills. Everyone must make the extra effort to carry out energy checks and decide what appliances to unplug.

“Even when your appliances are technically switched off, they continue to suck out energy and your wallet and this is known as phantom load,” he said.

Khairul added that the committee wanted to create awareness among consumers that they were paying electric bills for items that are plugged in but not in use.

“As long as they are plugged in, the personal computer, DVD player, CD player, air-dryer and television are taking up energy when you think they are off, and in no small amounts either,” he said.

He added that on average a home in an urban area spends about RM4,100 a year on electric ity bills and these homes could be paying at least 5% to 10% on electricity for items that were plugged in throughout the day.

“I have been told that a television set on stand-by mode consumes 21 watts while a DVD player takes 10.58 watts and the cumulative effect of having so many devices plugged in can add up, thus hurting the consumer’s efforts to be eco-friendly and drain the household financially,” he said.

Khairul advised consumers to plug home electrical devices into a single smart power strip with an on/off switch to give convenience to turn off all power to the devices in one easy step.

“Once the power strip is turned off, no power will be delivered to the outlets thus eliminating power wastage. Switch off your appliances when you go to bed and when you leave home for holidays,” he said.

Khairul also urged Tenaga Nasional Berhad (TNB) to give a gift of two power strips to all its consumers in Malaysia to help people save on energy usage.

“TNB recently announced that it had posted net profit RM1bil in the fourth quarter ended Aug 31, more than four-fold hike compared with RM965.4mil for 2011. TNB has earned a good profit and it must give something back to the consumers,” he said.

Khairul added that he would officially send a letter to TNB’s chairman Tan Sri Amar Leo Moggie to provide the power strips to consumers before the year end.

On another green initiative, Khairul, said the committee is also having the mobile payment counters at certain areas to allow residents to settle their bills while shopping, thus a cut on carbon footprint.

“We want fewer people to drive on Petaling Jaya roads to cut down on carbon emissions,” he said. 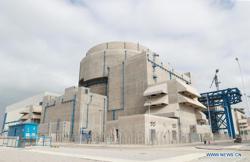