Ipoh got its name from several influences

PEOPLE often wonder how did the name Ipoh, the capital of Perak, came about and why some locals still refer to it as Pa Loh in their conversation.

Dr Ho Tak Ming, author of Ipoh When Tin Was King, said JWW Birch, the first Perak British Resident (1874-1875), had marked the town as Epau on a map he sketched in his journal.

“Major JF McNair named it Epu on a 1878 map in the book Perak and the Malays while Hugh Low, the British Resident, called it Epoh in his annual report for 1879, stating that it was the chief village in the district.

“The orang asli used poisonous latex found on the pohon upas on their blowpipe darts to hunt,” said Dr Ho.

In his research for the book, he found Kampung Ipoh and Kampung Paloh were two early settlements located on the banks of the Kinta River.

“The word Pa Loh meaning pools formed by fishing traps set up by the villagers. When the Chinese came to mine for tin and created numerous mining pools in the area, they called the town such,” said Dr Ho.

Author Chung Yoon Ngan who penned A Chinese Family In Colonial Malaya 1858-1960 said in the early 1870s, Hakka tin mine workers built a temple called Baluo on the southern bank of the Kinta River.

“Many wooden and attap huts sprouted around the temple. It became a little settlement for the workers who worked in the vicinity. The settlement subsequently became a large village and took its name after the temple.

“Ba was a Hakka slang for Lanba, meaning swamp, and Luo was a kind of wild weed used for making ropes during that time.

“A lot of Luo weeds grew on the swamp near the Kinta River bank,” said Chung, who runs a popular website Asiawind.com that discusses Chinese history and culture.

Chung said Baluo grew into a town as more Hakkas arrived from China and settled there.

He added the British officially changed Baluo to Ipoh after the signing of the Pangkor Engagement in January 1874 but the Hakkas continued to call the town Baluo until today.

Most of the Ipoh trees had been cut down except for one found in front of the Ipoh railway station and another in Taman DR.

The Paloh Koo Miu also known as the Ipoh Tai Pak Koong Temple built in 1872 beside the Kinta River remains a popular place of worship by the locals today.

Kampung Paloh still exists and Masjid Kampong Paloh, one of the oldest mosques in Ipoh located at Jalan Datoh nearby, is still being used for prayers.

The mosque was built in 1912 by Wan Muhammad Saleh, a former superintendent of Penghulus and assistant collector of Land Revenue.

The present structure has been extensively renovated but the original five-tiered minaret and mausoleum of its founder still remain in their original form. 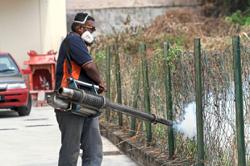 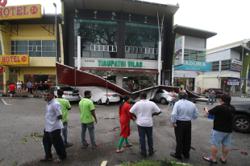