LOW Yee Ming succeeded in his attempts to set records for the fastest 100m and fastest one mile (1.6km) while balancing a football on his head, and is on his way to setting two Guinness World Records for his feats.

Low completed his feats at the Subang Jaya Municipal Council running track on Saturday, with best friend Areef Ruslan and his father Sam Low guiding him in the one-mile and 100m challenges respectively.

Last year, Low made it into the Guinness World Records (GWR) and Malaysia Book of Records (MBR) for reaching the greatest distance balancing a football on his head by chalking up 11.129km in 2’38:47.

Describing his accomplishments as a great feeling, Low said he felt blessed to be able to make Malaysia proud.

“Most importantly, I managed to fulfil these personal achievements and hopefully inspire other people to fulfil their dreams,” he said.

“It was more difficult to train for today’s feats than for last year’s. My biggest challenges this time were to maintain my fitness level for the one-mile event, and ensuring that I stuck within the lane for the 100m one.

“The latter event was particularly difficult because I kept going off-track when I started training for it. We started practising with 50m, then increased the distance over time.”

Low said he took a year off after a two- year stint at Newcastle under Lyme College’s football academy to train for his challenges, and would be embarking on a Business Management and Marketing degree course at Derby University in Britain this September.

He spent more than two months training for the two challenges, and increased the intensity to four hours per day during the past month.

On what he planned to do next, Low said he might want to better his time by completing the “Fastest 100m Balancing a Football on the Head” under 20 seconds.

In terms of having a football-related career, Low said he was keeping his options open.

An ecstatic Sam Low, 51, said he was happy and proud of his son’s achievements, which he hoped would inspire the entire nation.

The businessman also acknowledged the support of family members and those from the local community who attended the event.

“Our family has been giving Yee Ming our full support since he approached us with his proposal for the first challenge last year,” Sam said.

“After he brought up the idea for today’s two challenges a few months back, I took time off work in Africa to train for three weeks with my son.”

With his accomplishments, the proud father said, Yee Ming would be able to achieve anything else, provided he put in a lot of practice, dedication and discipline.

Areef, 19, said his friendship with Low was more a brotherhood as they had known each other since their Year One days at SJK (C) Lick Hung in Subang Jaya, and had a shared passion for football.

“For the past few weeks, I spent two hours every Friday, Saturday and Sunday to train with him,” said the Business Marketing student from Tunku Abdul Rahman College.

“His initial goal for the one-mile challenge was to get below 10 minutes, but he surpassed that today.”

Areef said Low’s achievements would inspire him and other people to do better in life, and believe that anything was possible.

A representative of the MBR was present to acknowledge Low’s achievement of the “Fastest 100m Balancing a Football on the Head”.

“If he succeeds in getting the GWR endorsement, Low will also be the first Malaysian to set two world records on the same day,” MBR research journalist Azrene Manap said, adding that it would take about three months for Low to submit his applications and get the GWR’s recognition. 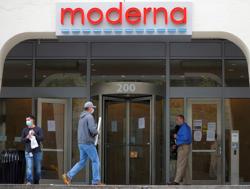