Contented in city of Seremban

IT HAS been a year since Seremban was proclaimed a city.

This came following the amalgamation of the Seremban town and Nilai municipal councils to form Seremban City Council. Without the merger, Seremban — built on a tin mine and known as Sungai Ujong a century ago — would not have been declared a city as it lacked the population density.

It took more than a decade of planning to pave the way for Seremban town, known as Fuyong among the Chinese, to join the league of the nation’s cities.

Work to merge the councils started in 2008 when the then state government submitted a proposal to the Housing and Local Government Ministry, which was endorsed by the Cabinet in 2012.

But it took the state six more years to tweak and fine-tune policies and plans before the decision to officially declare Seremban as a city came in January 2019. In fact, the then Barisan Nasional state government had, in March 2018, named Datuk Abdul Halim Abdul Latif as its candidate for mayor.

Abdul Latif had been president of both councils and was instrumental in overseeing the merger.

But this was not to be. After Barisan’s loss in the May 2018 general election, the new Pakatan Harapan state government decided to defer the proclamation.

Eventually though, the momentous day finally came on Jan 20 last year, with the official opening of the Seremban City Council building.

Just as the newly minted city council was about to hit the ground running, the country was hit by Covid-19 and the ensuing movement control order.

But this did not dampen the spirits of the local council and its first mayor, Datuk Zazali Salehudin, who had already started work to beautify the city of Seremban.

The beautification was then extended to Jalan Yam Tuan and Jalan Keliling to give the city more life and vibrancy.

Facilities at the Lake Gardens and Taman Malaysia were also upgraded, much to the people’s delight.

A parking payment system via mobile app was introduced, and more parking lots were made available in the city as landowners were encouraged to convert their plots for the purpose.

Generally, the city centre today is a lot cleaner, with improvements in rubbish collection.

The issue of low-cost housing was looked into and a policy was drawn up, making it mandatory for developers to build homes costing from RM90,000 in their respective residential projects.

Millions of ringgit have been allocated towards ensuring pothole-free roads, clear road signage as well as functioning street lights and traffic lights.

The funds were made available without any increase in quit rent and assessment tax post-city status.

But as in any city under any administration, there are murmurs of discontent as state authorities are urged to do more by ridding Seremban of abandoned buildings besides improving public transportation and facilities as well as enhancing cleanliness.

True, some areas in the city continue to be an eyesore and warrant urgent attention, such as the massive “pool” in the heart of the city where the Convent of the Holy Infant Jesus Seremban schools once stood, and an abandoned complex along Jalan Tun Dr Ismail.

Then, there is the perennial issue of telco towers.

While the state is bent on improving connectivity, it has to handle the matter delicately without raising the ire of those opposed to the increase of such towers, especially close to residential areas.

If a survey by the Town and Country Planning Department that placed Seremban among the country’s top 10 happiest places is anything to go by, people here are indeed a contented lot.

They accept that to become a prestigious address, a city need not score top marks in every aspect.

Zazali and his team are bound to have their share of challenges, especially in an era where every grouse is aired on social media.

While it is hard to please everyone, it is important to tackle the most pressing issues faced by residents.

We may have some way to go before Seremban is voted the happiest city in the country, but this is by no means an impossible feat. 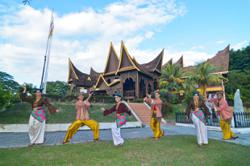