Startups to the fore

Alliance Bank’s SME Innovation Challenge this year has four app-based businesses among the 20 finalists, and they offer such services as HR-related processes and car breakdown assistance, writes MEK ZHIN.

PEOPLE say it’s a dog-eat-dog world in business, and when you’re a start-up, the challenges you face can be numerous and daunting.

Well, Alliance Bank is extending a helping hand young entrepreneurs through its BizSmart Academy, which offers educational support through seminars and conferences.

In addition, their website hosts an online resource centre that has articles, videos and infographics covering various topics related to marketing, finance, entrepreneurship and more.

This year’s competition received more than 300 entries. While there were fewer submission compared to previous years, entries show quality and plenty of promise.

Currently, they are down to 20 finalists who come from various industries, with the grand finale set for Dec 11.

What with technology making services and goods more accessible, user-friendly and affordable, perhaps it isn’t surprising to see a number of app-based businesses in the mix. Four such outfits were selected this year.

CarBengkel is one of them. The startup offers an app that seeks to match car maintenance or emergency servicing needs to workshops close by. 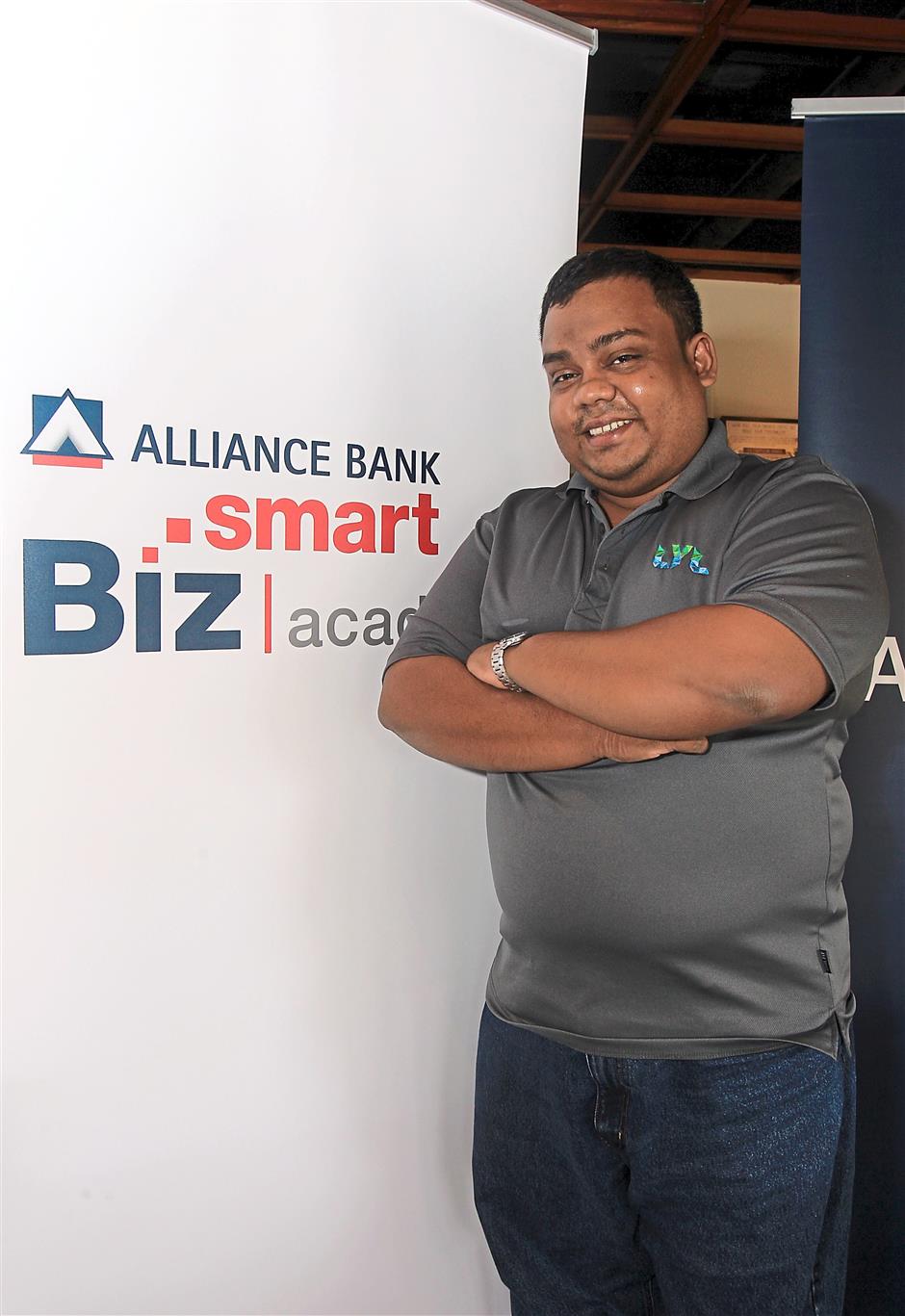 LYL Technology’s Mehedi is aiming squarely at the needs of foreign workers.

Founder Armin Baniaz Pahamin, who has almost 20 years of experience in the automotive industry, says the app has various features, including help for vehicle breakdown, maintenance scheduler, cost-estimate request and even arrangements for vehicle pickup — all made possible with the help of GPS, mobile and push technology.

“We are also partnering with the Malaysian Automotive Institute to come up with a database that provides information like price of parts and the breakdown of the necessary maintenance according to car make, model and mileage,“ he says.

Users of CarBengkel are assured that workshops listed are not fly-by-night operations, thanks to cCarBengkel’s vetting system. If there is one challenge that they face in implementing the app, it is that most people working in workshops are not tech-savvy. As such, CarBengkel has to educate them first on adopting the technology.

Also on the automotive side of things is Katsana, an app aiming to create safer Malaysian roads.

“A Malaysian Institute of Road Safety Research report from last year showed that for every 100,000 inhabitants in our country, there are 23 fatalities. And this is the worst statistic in the entire world. We are also No 6 in the world for the most number of car thefts,” Katsana founder Syed Ahmad Fuqaha Sd Agil says.

And the top reason for accidents on the road? Reckless driving.

Syed Ahmad was motivated to start Katsana when his brother and a friend got their cars stolen within a week of one another. The app offers an advanced GPS tracking system to enable real-time vehicle tracking as well as individual driving analysis. Kakitangan.com’s Khoo wants to simplify HR processes. — Photos: ART CHENThe latter features is one that Syed Ahmad Fuqaha believes will drive businesses to invest in their system and use the app to keep track of their fleet of vehicles at all times.

He is now in talks with an insurance company to introduce a usage-based insurance system whereby drivers pay a premium on par with how they drive.

Another finalist in the challenge is Kakitangan.com which seeks to make HR management much easier.

“I have personally worked in a company where the leave application process was still done manually, and it usually ended up with stacks of papers filling in-trays. It was a painful and pathetic experience, and that was when I realised that many companies are still like that,” says co-owner Effon Khoo.

Kakitangan.com was set up in February this year. Three months ago, it released its first module which is a leave application system that has been adopted by more than 600 enterprises so far.

Employees of companies using the free program need only log on to immediately access vital information such as the number of leave days available to them. Through a simple process, they can immediately send an email leave application to their manager.

Information, such as other staff applying for leave on the same days, will also be made available to the manager.

Khoo says the SME Innovation Challenge has enabled him to meet other entrepreneurs with businesses that could potentially complement Kakitangan.com’s.

Then there is LYL Technology which specialises in developing apps for content streaming targeted at the large pool of foreign workers.

The first one launched is called Bangla Radio and done in collaboration with Digi and featuring music content sourced from Bangladesh .

“We have some free content, as well as premium content with a weekly subscription free of RM1. It’s very well-received, and through word-of-mouth alone, we have garnered a few thousands subscribers,” says Mehedi Hasan Sumon, who founded the company with his wife Looi Yin Lin.

LYL is also in the midst of preparing for the launch of a new app called Kokil, which is also in Bengali, and will be available in various overseas countries with a sizable Bangladeshi foreign worker population including Saudi Arabia, Qatar, Quwait and the UAE.

“After the Bangladeshis, we also have many Indonesian and Nepalese workers in Malaysia. We aim to launch apps catering to them by next year,” says Mehedi, who hopes the 40% smartphone penetration rate for foreign workers in Malaysia will increase with the availability of cheaper smartphones.

Look out for the interview with the next four finalists of the SME Innovation Challenge 2015 in the next SMEBiz issue.