Cooling water for heaty body may be so much poppycock in Western views, but the iconic Three Legs cooling water has been around for 78 years, and it’s still going strong. MEK ZHIN talks to the new-generation management at Wen Ken Group.

PEOPLE say that to create a successful business, you should offer a product that answers a real need. Imagine then creating a product that not only answers a need, but one that remains relevant 78 years down the road.

This is the story of the iconic Three Legs “cooling water”, manufactured by Wen Ken Group.

What exactly is cooling water?

The name of the product declares that more than just water, it is a drink that provides cooling relief to dispel body heatiness – a concept common in traditional Chinese medicine (TCM).

“Cooling water started when two of our founders, Fu Yew Ming and Chan Seng Koon, noticed an opportunity for it, what with so many manual labourers around back then,” recounts group business director Chris Lim. 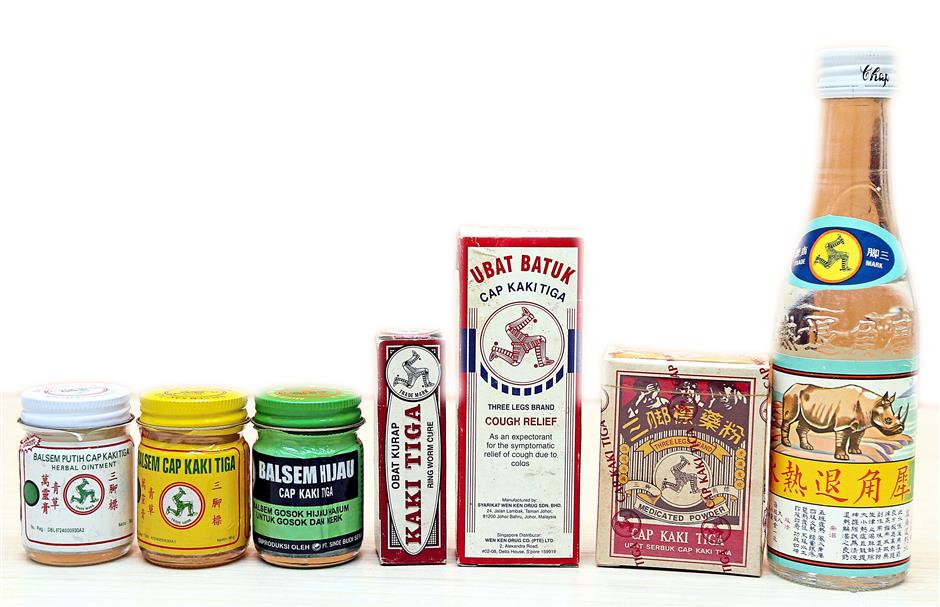 Some of the traditional products that have passed the test of time include the rubs for muscle aches, ring worm cures and cough relief.

“They then roped in two more people – Foo Yin who brought in the needed capital and Cheong Tang Seong who had the business knowhow.”

All four of the company’s founders were immigrants from China.

The drink they concocted contains the naturally occuring mineral gypsum fibrosum, which is believed by TCM practitioners to provide a cooling effect.

Lim says water is seen as an effective delivery medium for this effect. And that the drink is odourless and tasteless is actually to their advantage as well since that makes it palatable to everyone, from children to the elderly.

The 200ml classic bottle design is also a nod to TCM, whereby medicines are typically boiled down to a small bowlful, which Lim says is about 200ml.

In fact, just like your regular TCM dosage, Three Legs cooling water comes with a recommendation that users take four bottles a day.

“In all our products, we prioritise two aspects: safety and efficacy. The former means the product must be safe for consumption or use, while the latter means it has to deliver on the function it promises. 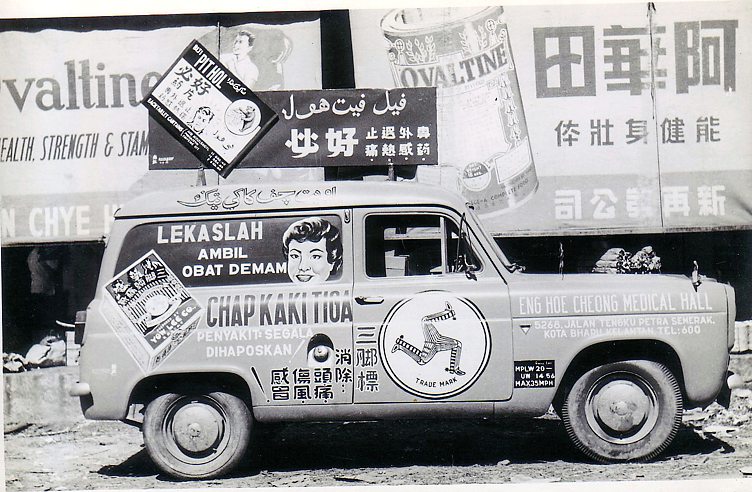 In the earlier days, vehicles like this were used to transport the company’s products.

“For our cooling water, the recommended dosage is actually much lower than the toxicity level but still reaches the efficacy level,” Lim says.

According to Lim, the Three Legs cooling water is certified halal and is often found being sold as jamu (traditional health product in Malay worldview).

Cooling water entered the Muslim consumer market some 50 years ago, and to date, Indonesia, which has the largest Muslim population, is the biggest market for it.

Another constant with the Three Legs cooling water is its classic and iconic packaging, which has remained largely unchanged over the years. The only notable difference is that the current bottle, a fifth generation design, is made of PET, a kind of polymer, instead of glass. And the fact that it has a plastic screw cap rather than a metal one.

For most places, except in Singapore where the local regulations disallow it, the iconic rhinoceros remains on the label of the drink since the Chinese have always viewed the horn of the animal as having cooling properties despite cooling water having nothing to do with the animal.

Like their iconic product, many of Wen Ken’s products, mostly TCM and over the counter (OTC) items, which were started some 20 years after cooling water hit the market, have mostly remained unchanged. The three legs are still pumping away.

Whatever changes instituted usually has to do with improving a product’s ease of use for the consumer, typically involving packaging.

Lim says examples of these include the iodine which used to come in a regular bottle but now incorporates a dripper cap, while the cough relief syrup is now packed into a PET bottle with an anti-drip cap to prevent unwanted stickiness.

Even its well-known cooling water has a new alternate identity called Cool Rhino, with noticeably more modern packaging. The Cool Rhino, introduced to the market seven years ago, is essentially the same product but rebranded in order to appeal to a younger target market.

“This iteration and the classic product have very different distribution channels in order to reach the market each would appeal to the most. The newer one is usually available in hypermarkets, convenience stores and petrol kiosks, while the classic is found in supermarkets, minimarts, pharmacies and Chinese medical halls,” Lim says.

Three Legs cooling water holds some 80% of market share for cooling drinks, a niche market, and Wen Ken guards its position zealously to the extent of taking other companies to court for trying to pass off similar products.

Wen Ken, still very much a family-owned business, is all about maintaining the legacy, even as it adapts to a more modern management style. 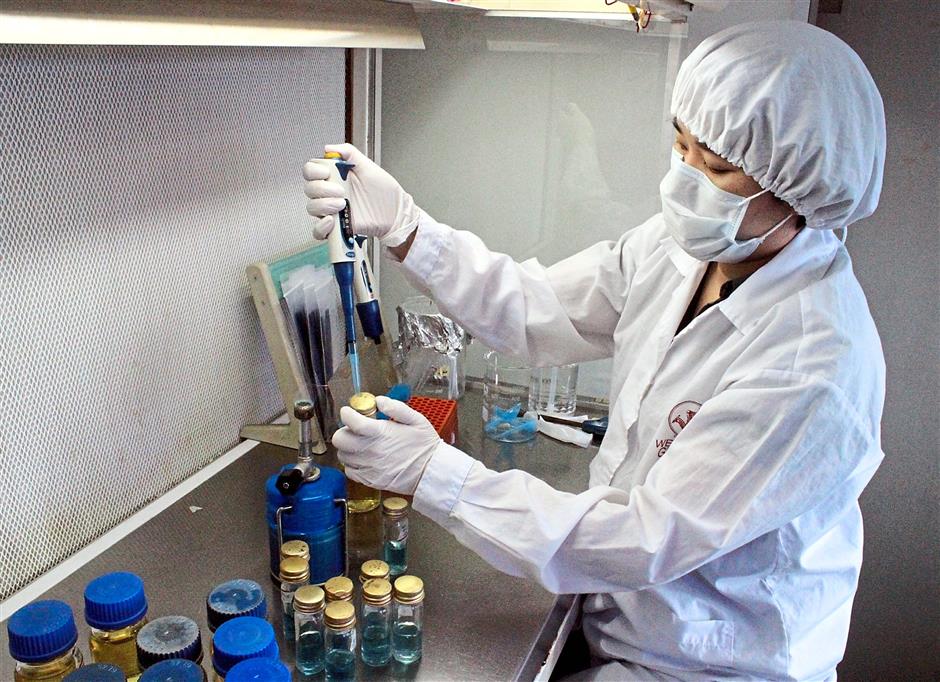 A lab worker doing a microbial test at the microbiology laboratory at the Wen Ken Group factory in Johor Baru.

“We always had a strong focus on our products, but of late we have started shifting part of the focus to the people behind it. Generalists are a dying breed, and we place high value on skilled employees, which includes everything from chemists to marketing staff,” Lim says.

To that end, the company has now been divided into separate entities according to corporate function to enable better focus, performance monitoring and provide clear direction as to each person’s role in the business.

“We’ve also invested in communication technology to enable staff to work remotely, and this links up to another area of focus, which is allowing work flexibility,” he says.

Lim points out that the management has clearly defined strategies moving forward as encapsulated by their 4Cs approach, namely coordination, communication, concentration and competency.

Even among the descendants of the founders there are clearly delineated roles – they are either shareholders with no hand in the business or shareholder-directors who consist of third-generation managers like the Fu and Cheong family members who are active in the company’s highest management.

According to Lim, Wen Ken has now moved into a new product category, namely functional foods and supplements which the company has made available in Singapore. 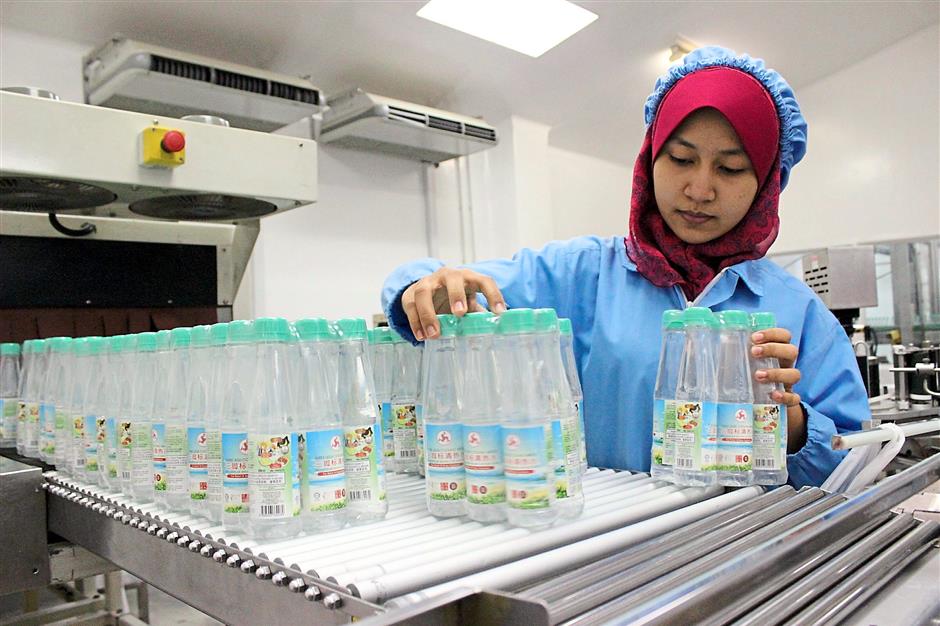 A factory worker inspecting the products before they are packed and shipped off.

“People are very into their wellbeing these days and believe more in prevention than cure. Thus, our new products focus on this, a big contrast to TCM and over-the-counter products which provide symptomatic relief to an existing problem,” he says.

Some 20% of their overall sales revenue comes from these new products, and the percentage is expected to increase as this product category enters more markets.

Currently, Wen Ken’s products are manufactered at its 40,000 sq ft plant in Johor and in Indonesia, which is operated by a local business partner.

One thing many people are curious about is how the three-legged brand came about.

Officially, the logo’s three legs represents the three values upon which harmony and prosperity can be achieved diligence, humility and parity, while the outer circle represents the stakeholders and the inner circle the people running the company.

“The Chinese like to be quick, and one way of achieving this is having an extra leg. It also refers to the early days of Wen Ken when the product had to be taken from shop to shop to be sold, so the faster one could move, the more could be sold,” says Lim with a smile.

Wen Ken Group’s annual global sales revenue exceeds US$100mil and its products are available in Malaysia, Singapore, Brunei, Indonesia, Hong Kong and now even Saudi Arabia. Pending local pharmaceutical requirements, they may also soon be in shops in China, Thailand and the Philippines.